This morning we visited the church in Diria. Before the mass started, Emily and I met some kids in the park beside the church. We had little toys to give out to the children. They were knit dolls and when we handed them out, the four little who had approached us kids were so happy. It was absolutely heartwarming to see how much these gifts meant to them. We then had a few moments to play games with them in the park. They were such sweet, funny kids who would laugh at almost any face we made. When I asked if I could take pictures of them, they were ecstatic. They all wanted to be in the pictures together and they were even more excited when I showed them the pictures we had taken together. It was really nice to see how such a small gesture can go a long way. I am so happy to have met those 4 kids today because it was nice to see that even though they didn’t speak any English, and we don’t speak much Spanish, we were still all able to have fun and communicate in other ways.

Today we drove to a beautiful, gazebo-type building, surrounded by a breathtaking view. This is where we decorated the room for our luncheon with the past and present scholarship recipients and their families. Putting a face to the names we’ve been hearing about for so long and finally meeting them was beyond rewarding. Having the chance to speak with them about their lives, their families and their experiences as women studying in a male-dominated university was really eye-opening. Emily, Lily and I were paired with Belkis, who we quickly bonded with over our love for Disney Channel, Hannah Montana and One Direction. It was really heartwarming being able to just talk to one another and see how they are like us in many ways. They were all so kind and bright and you could tell how passionate they each were about their individual fields, not to mention how much they wanted to share their knowledge with us. I am honoured to have been able to meet them and can’t wait to keep hearing about their success in life.

This morning’s event was attending a traditional Sunday mass in Diria. At first, to be honest, I was not the most excited camper as I am not one who goes to church, but also the thought of not understanding anything for an hour straight was not too motivating. However, right as we walked into this church (a really beautiful one might I add) there was music, plenty of locals, and all in such a positive vibe that it was hard to not be engaged. It was so interesting to see how religion plays such a huge role in these people’s lives, and how no matter what, they can all count on coming together and rejoicing for that hour on Sundays. During the service, the priest was entertaining the children (which was quite amusing for all of us), the people were so nice by simply smiling at us (as we were clearly not regulars), and even though I did not understand most of what was being said, I can say with full honesty that I 110% enjoyed myself, and am so grateful to have had that glimpse into the lives of these Nicaraguan people.

One of the many things we did today was visiting a village that specializes in pottery. To learn more about the pottery industry, we visited Elsa who welcomed all 23 of us in her home. She told us that before starting her own pottery business, she worked with a group of other talented women. They sold their work to a middle man who then sold it for much more money than Elsa was being paid. She and the other women were being taken advantage of.  One day, there was a group of American women who helped show her that she could sell her pottery directly and earn her rightful share of money, instead of the middle party making all the profit. She listened to the Americans and started her own business. With this, she was able to send her five children to university. Her oldest daughter is now a professor at a university. She showed us how to make pottery, and it turned out to be actually quite hard. Overall, meeting Elsa and hearing her inspirational story will stay with me forever.

One of our stops today was the hammock shop. From the outside it is a simple café, but it was so much more. As you enter the room, your first see this multicoloured hammock which seemed to extend for miles. Two bunnies, a cat and blenders powered by bicycles stood near the small jungle in the middle of the room, separating the café from the hammock shop. The man asked us to sit down so he could explain the backstory behind this business. He first described it as a special place, one that held a special place in his heart. 27% of the people in Nicaragua do not have jobs due to disabilities. He saw this as an issue that needed to be addressed and took immediate action. This man went on to explain how he created an industry for people who were deaf and blind without jobs. He was clueless in the field of hammock making, but the first couple tourists didn’t seem to mind the quality of the product due to the momentous destination of the profit. All of the money made goes to the education of these workers. They started off amateurs and now ship their hammocks to 37 countries. What was more inspiring was the way this man spoke. He wasn’t giving a generic speech made for tourists, he was speaking from the bottom of his heart. Beaming with pride, he told us about how they made a hammock for Pope Francis. The smile on his face as he got to share this safe-haven was something I will never forget. As I listened to him and his stories, I immediately knew what I wanted to accomplish in life. I want to be as passionate and as dedicated to a cause as he his. I want to wake up in the morning, thinking about how happy I am to start my day and change a life.

Today we had the chance to visit the cigar factory. It was a very interesting experience because not only did we learn about the history of cigars and the significance of them in their culture, we actually got the chance to make one ourselves. We learnt about the different types tobacco, how to roll them and about the process of making them. We also visited a church and climbed to the top, where we were able to see the whole city from above. We learnt about their architecture and discussed about the significance of the buildings we could see. The view was breathtaking and it got me excited to learn more about their culture.

Today, as we were walking, we passed by many homes and shops. The buildings each have very vibrant colours. As we walked by, we saw children helping their parents in the shops. The children’s ages ranged from 4-12 years old. It was shocking to see children so young helping out. The courtyard of these homes didn’t have any grass with a lot of garbage lying around. We are so lucky in Montreal to have clean backyards. Also, the most marking experience of the day was the state of the many animals in Granada. There was a large amount of stray dogs. The dogs were very malnourished and they looked very tired. As we walked around, many dogs were lying down and looked extremely sad. This hit really close to heart as I love dogs and to see so many abandoned on the streets was a real shock. In Montreal, we have multiple services such as the SPCA to help abandoned animals get the care they need and the nutrition required to be happy and healthy. I realized that I am extremely grateful for all the wonderful services Montreal offers for animals and how conscientious our society is about animal safety. 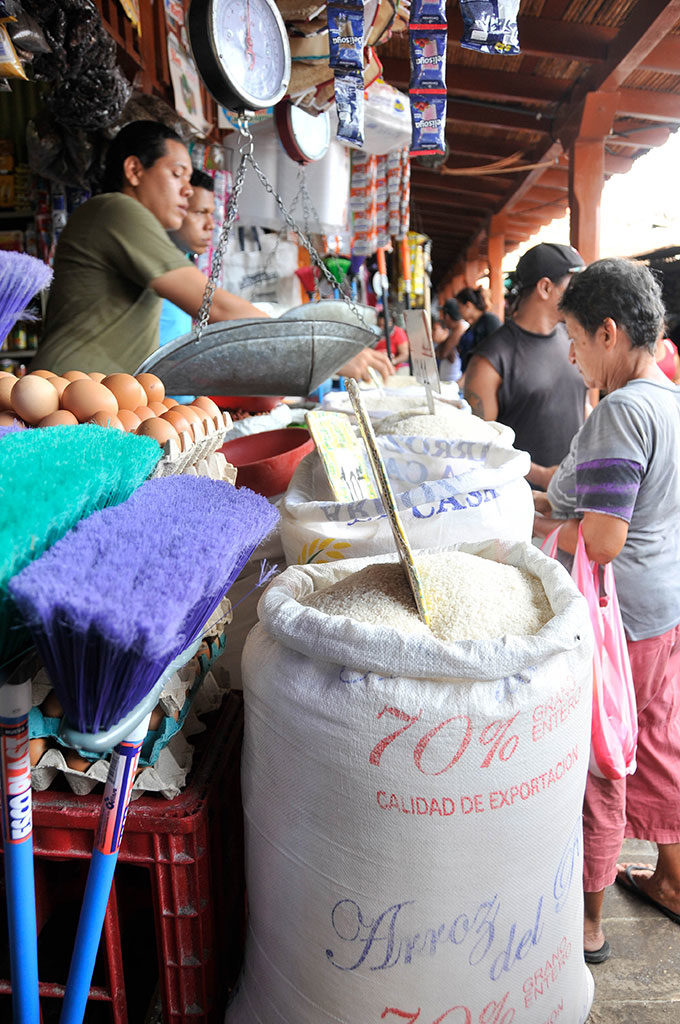 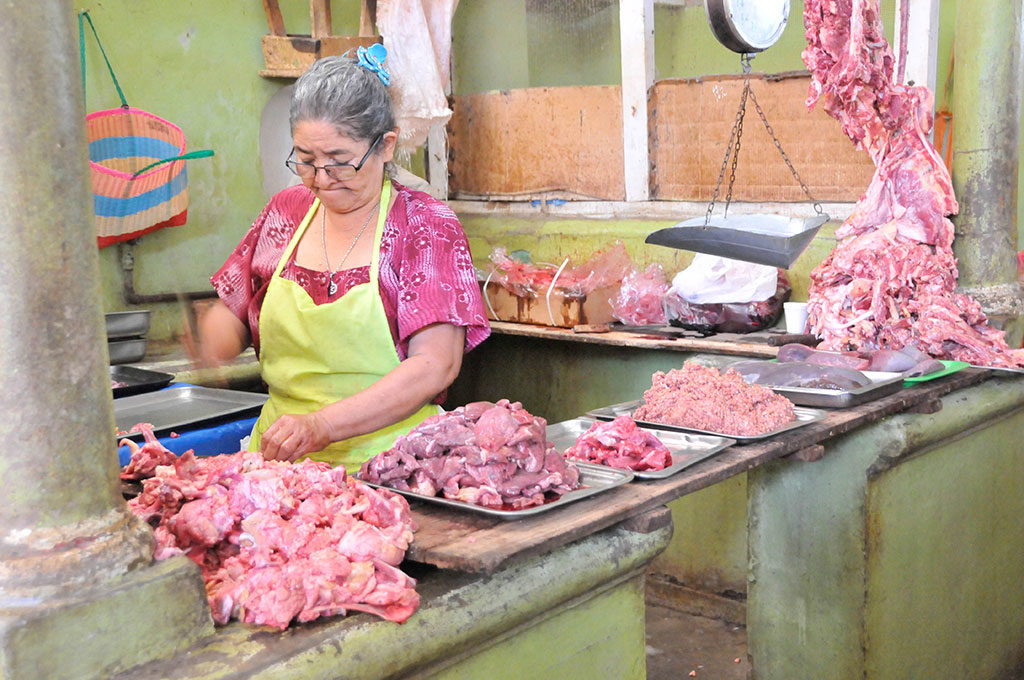 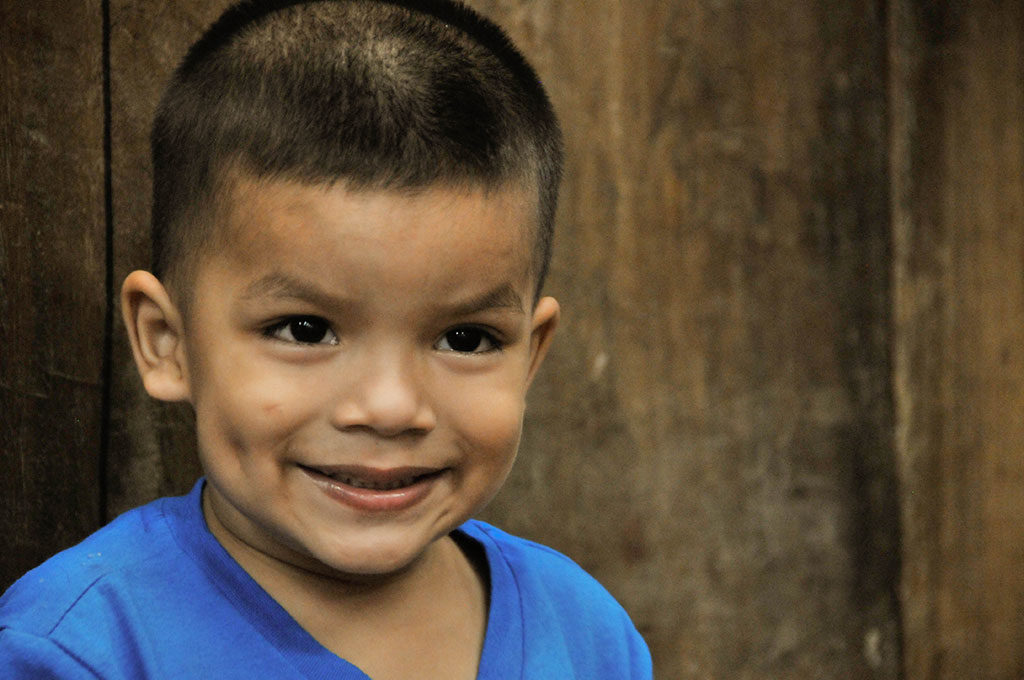 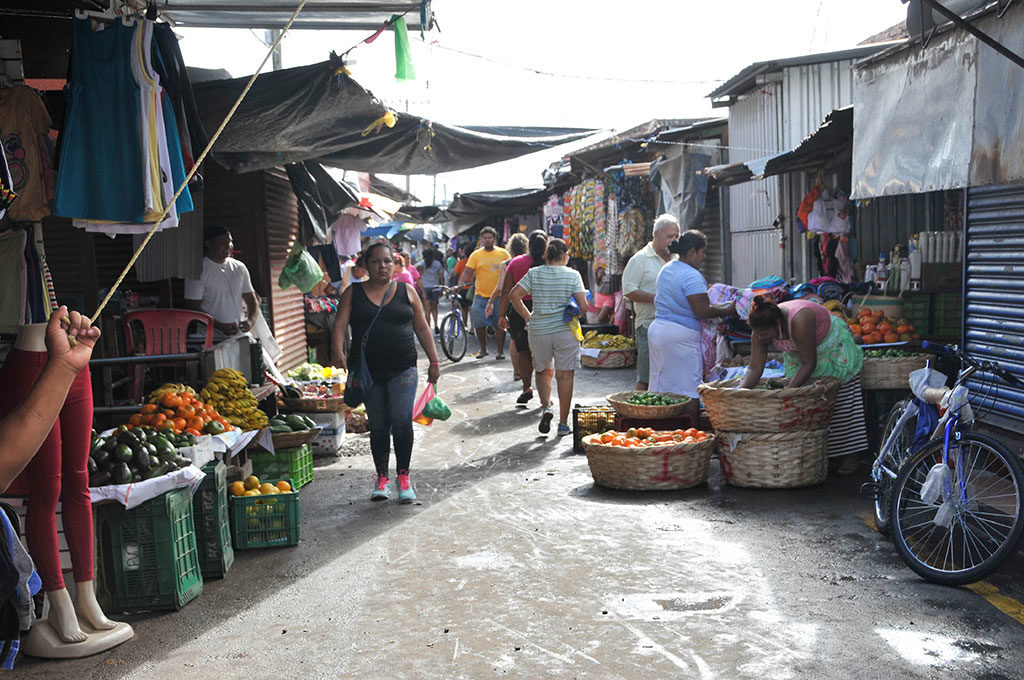 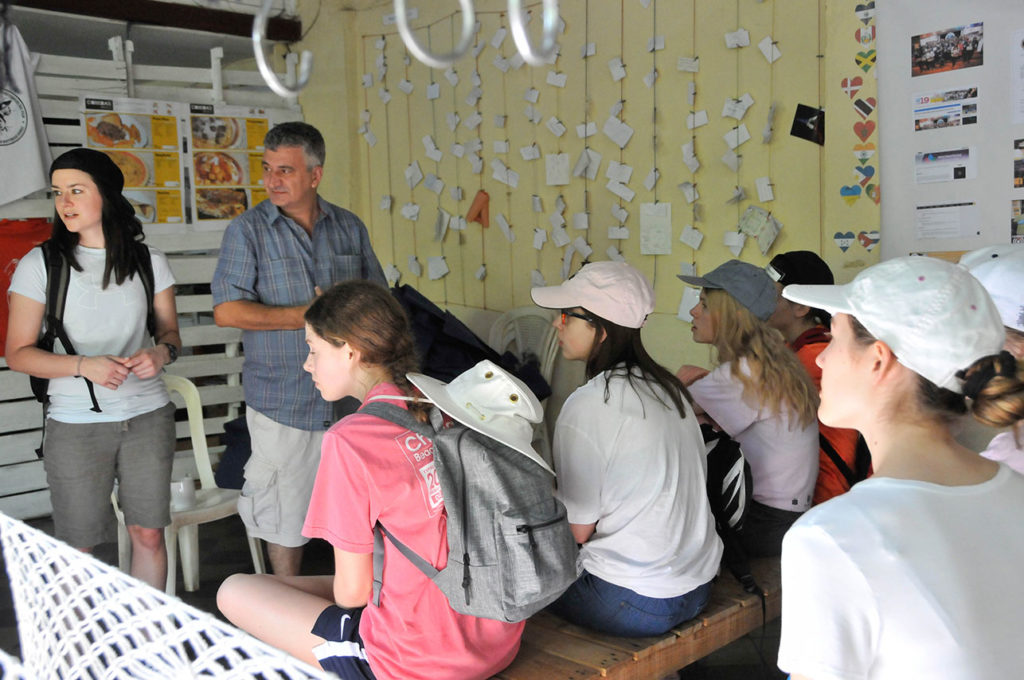 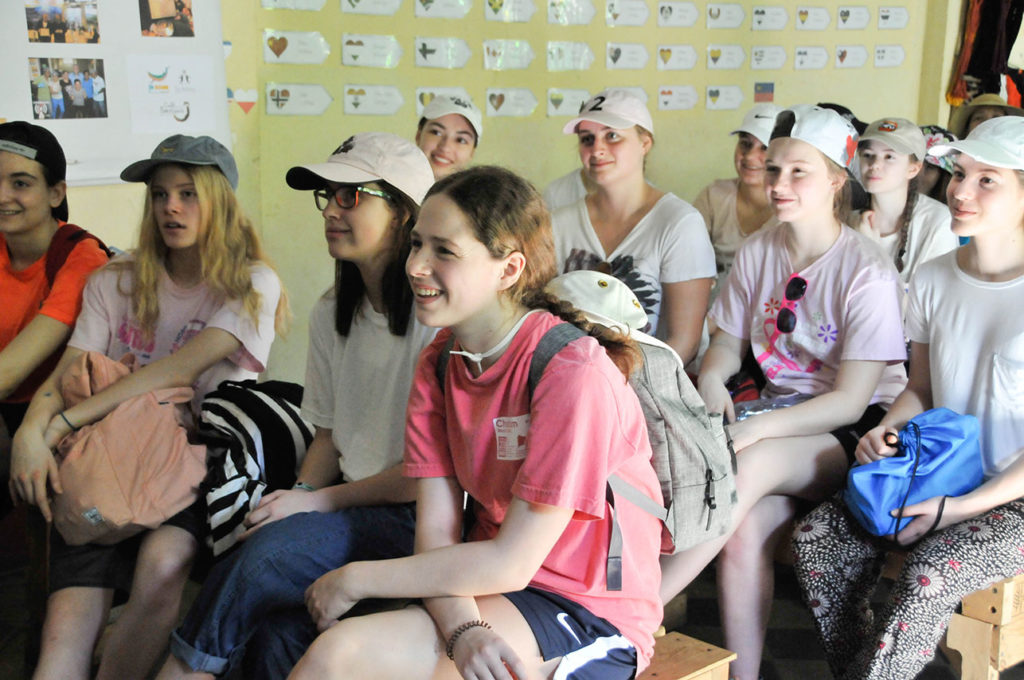 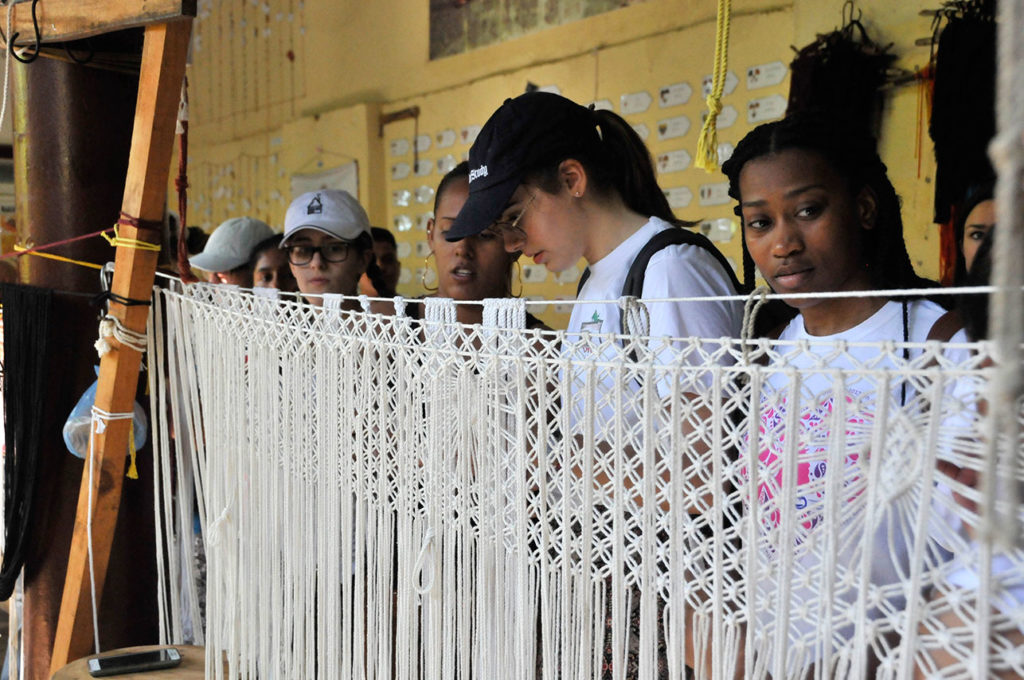 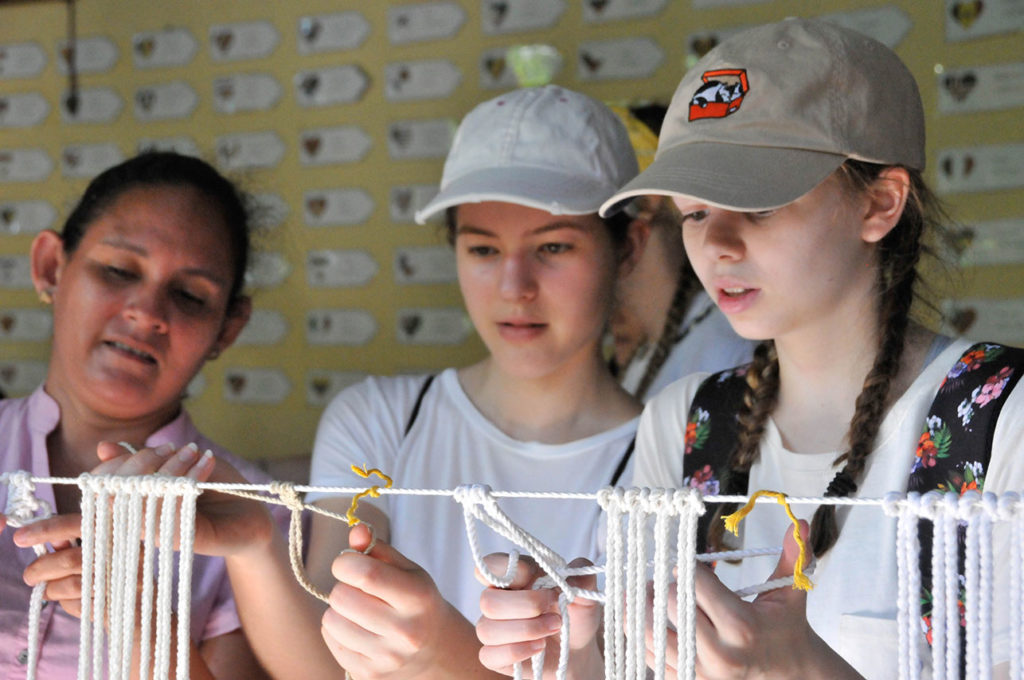 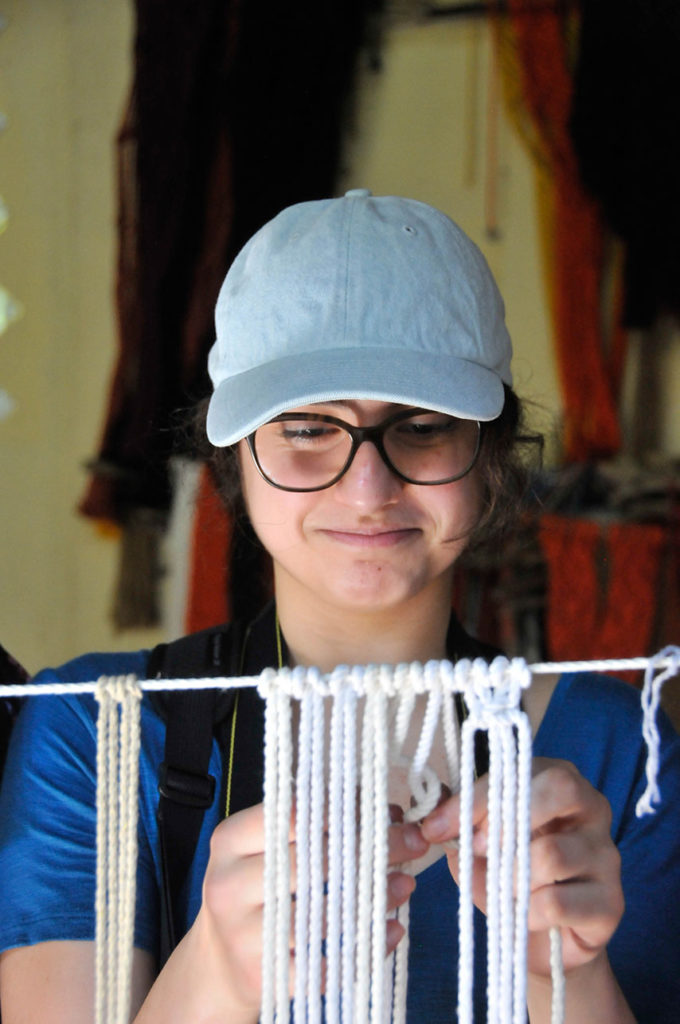 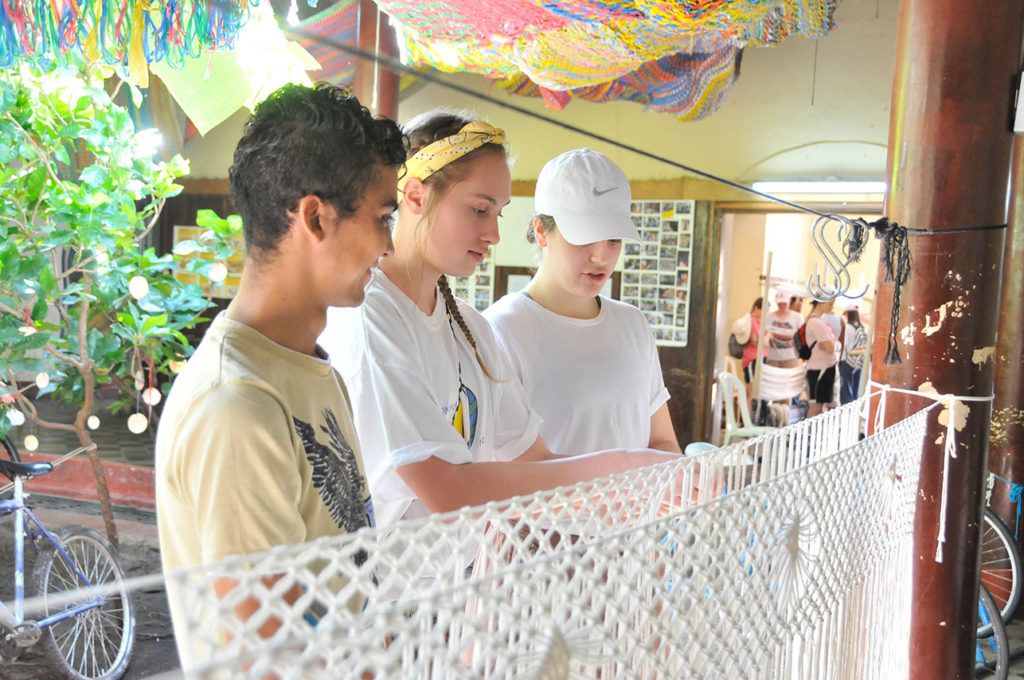 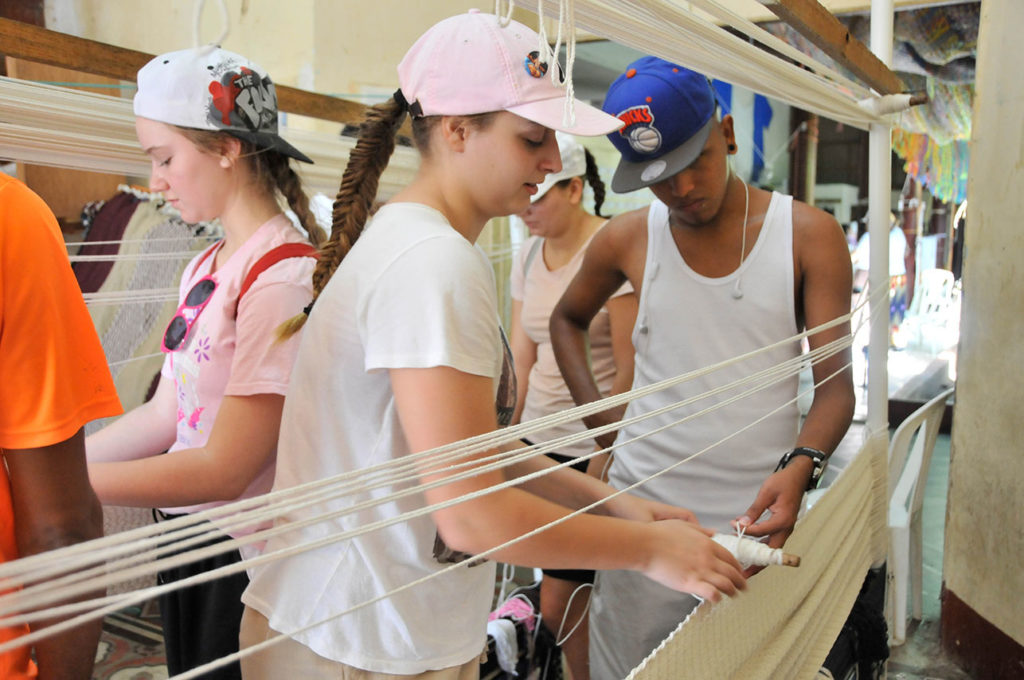 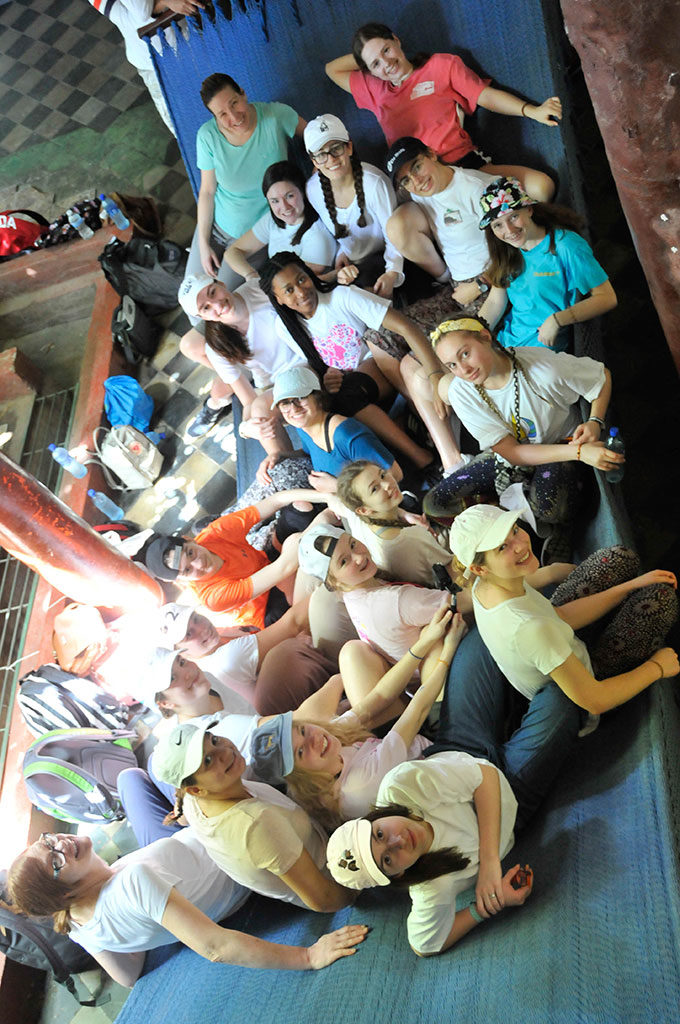 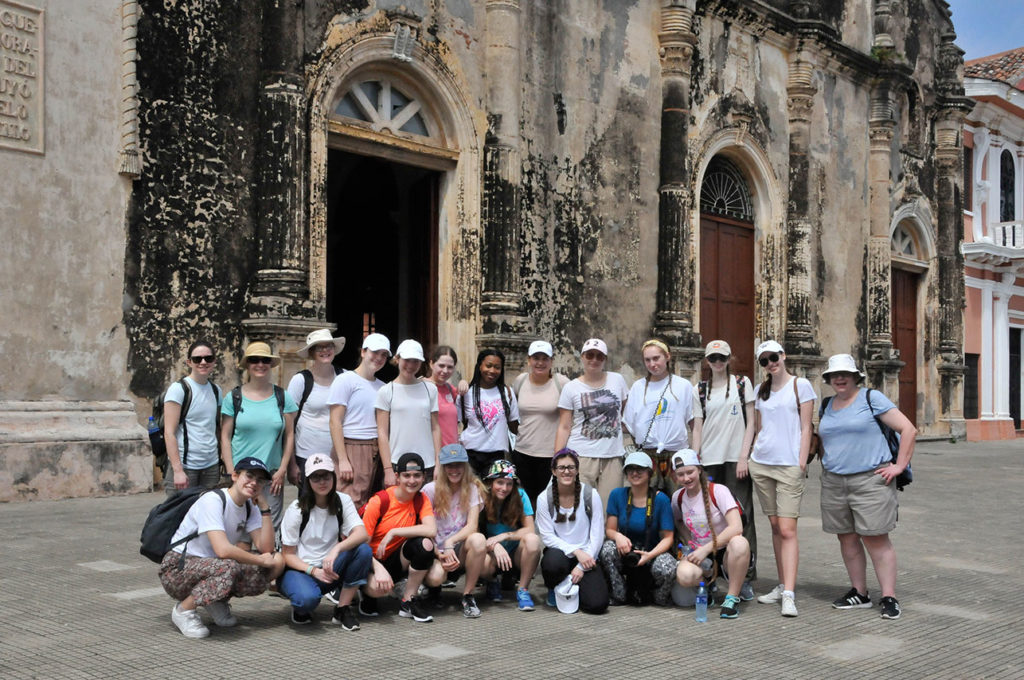 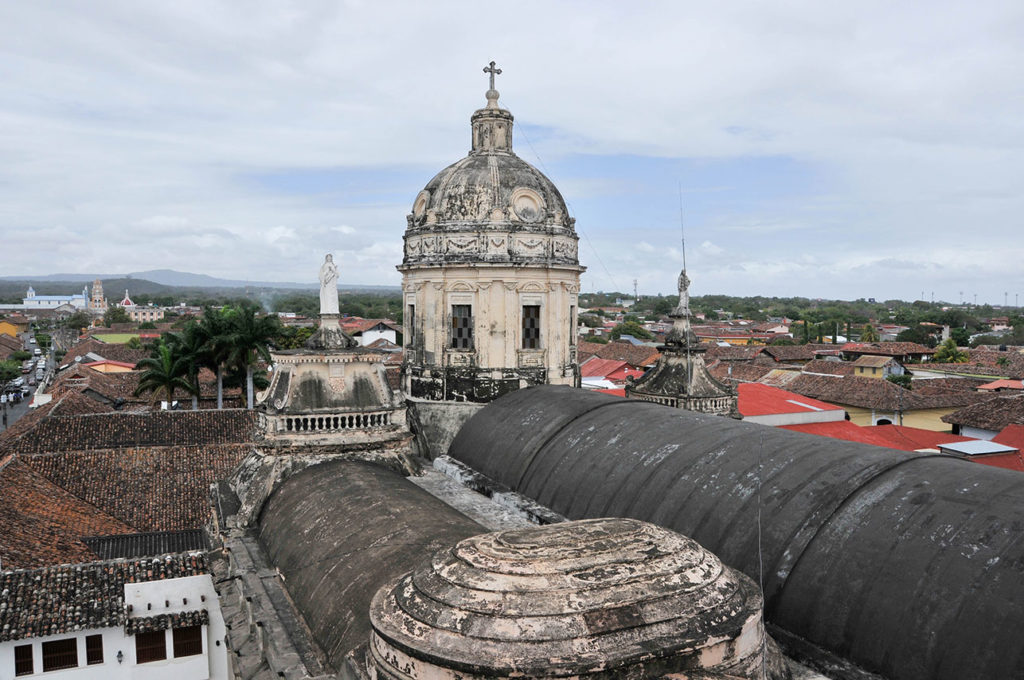 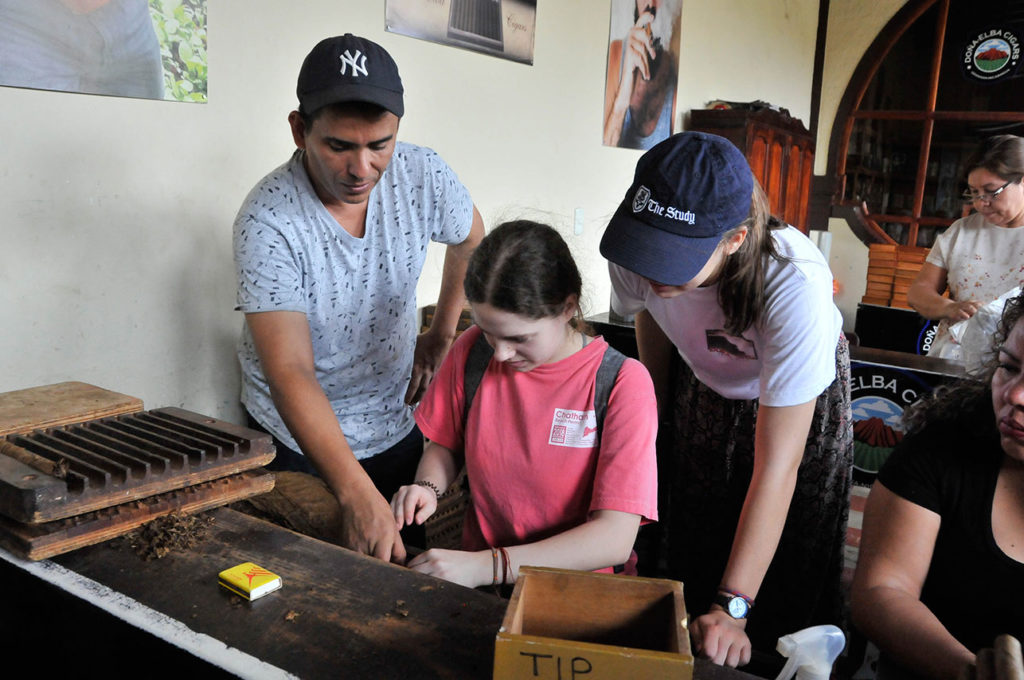 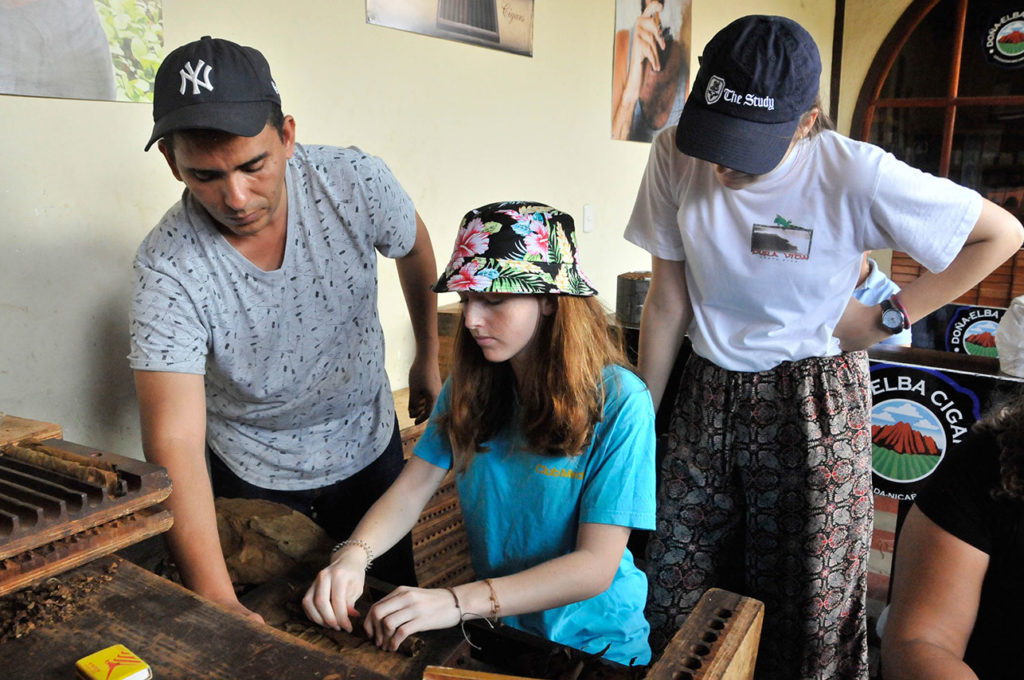 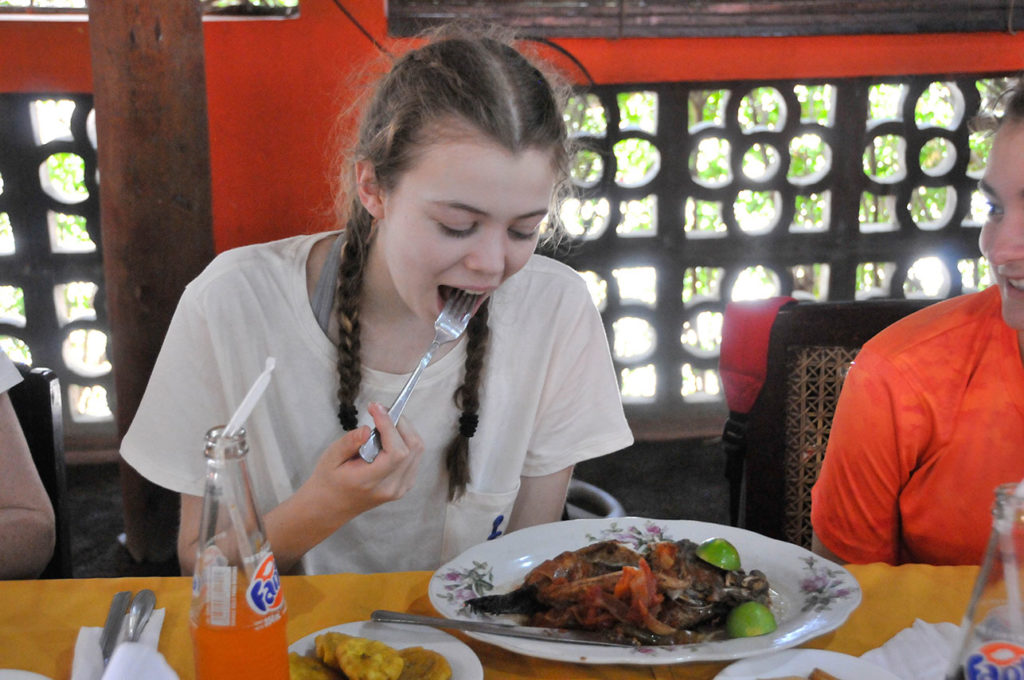 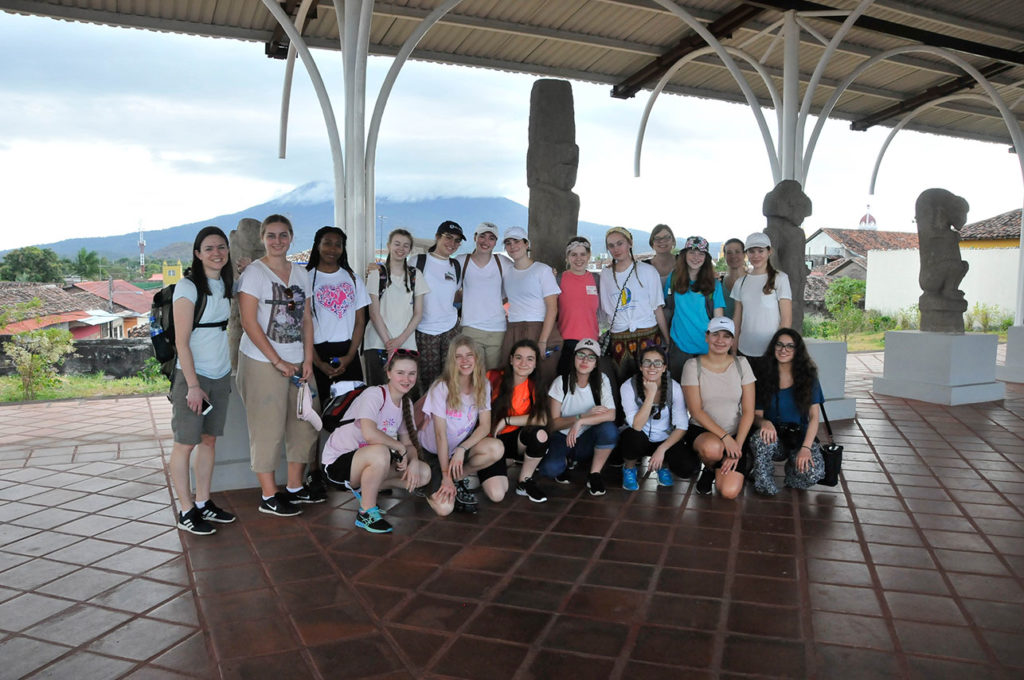 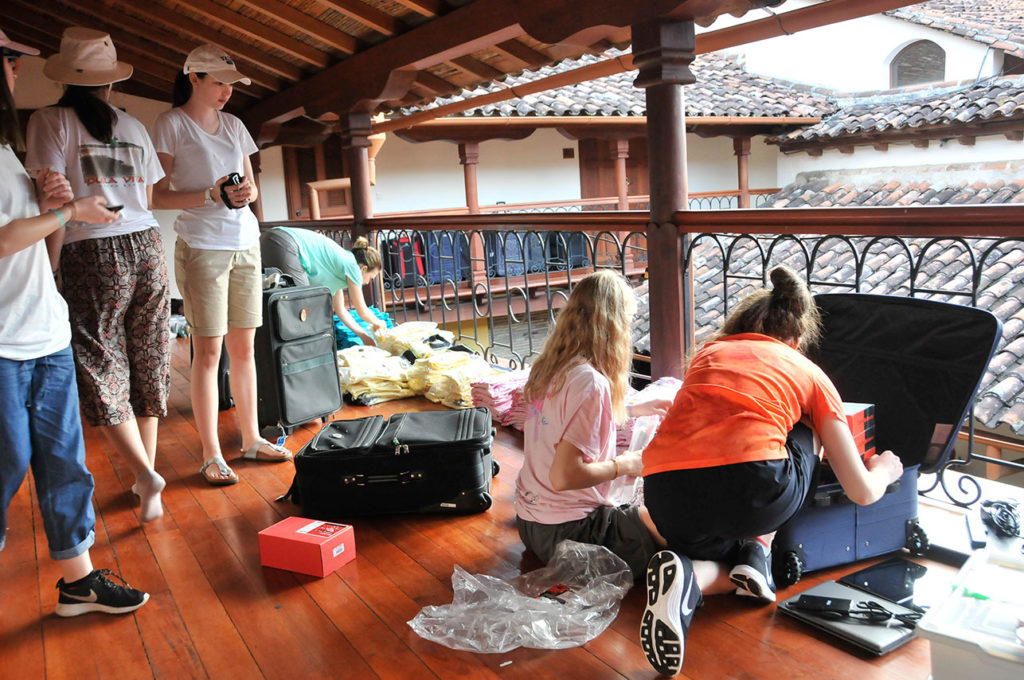 Just a quick posting. We made it to Nicaragua. Had a wonderful dinner. More tomorrow after our first full day of sightseeing. 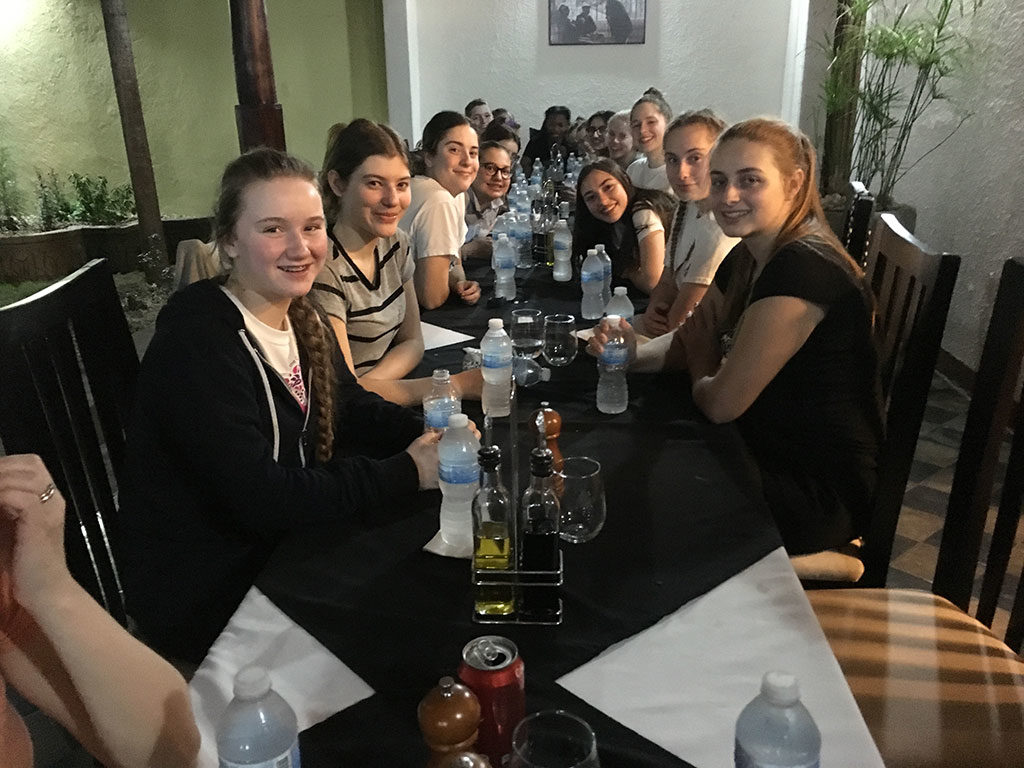 Going over last minute details today. Can’t wait to see everyone at the airport, bright and early. 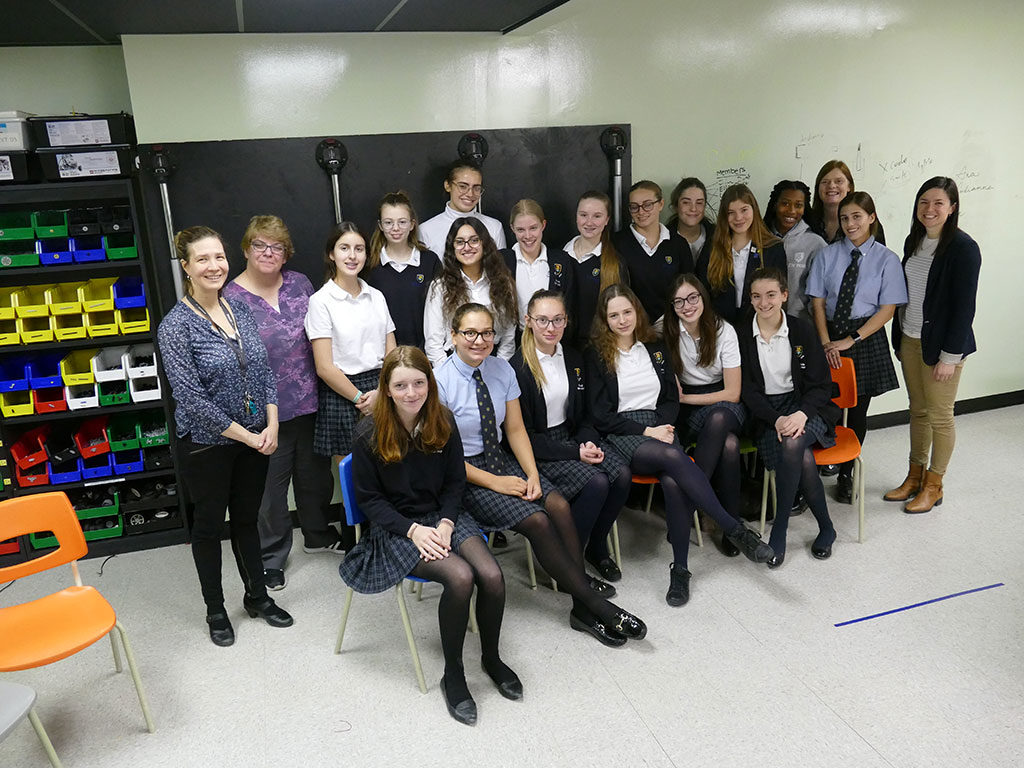 February 14 has become a tradition at The Study where students from kindergarten to grade 11, staff and faculty all join together and open their hearts for our sister school in Diria, Nicaragua. The Study community brings in their “toonies” in order to raise funds that will go towards our yearly school improvement for the Diria Institute. This year, the funds will go towards the new Vocational Center that we are building. I’m proud to announce that we raised $2700. 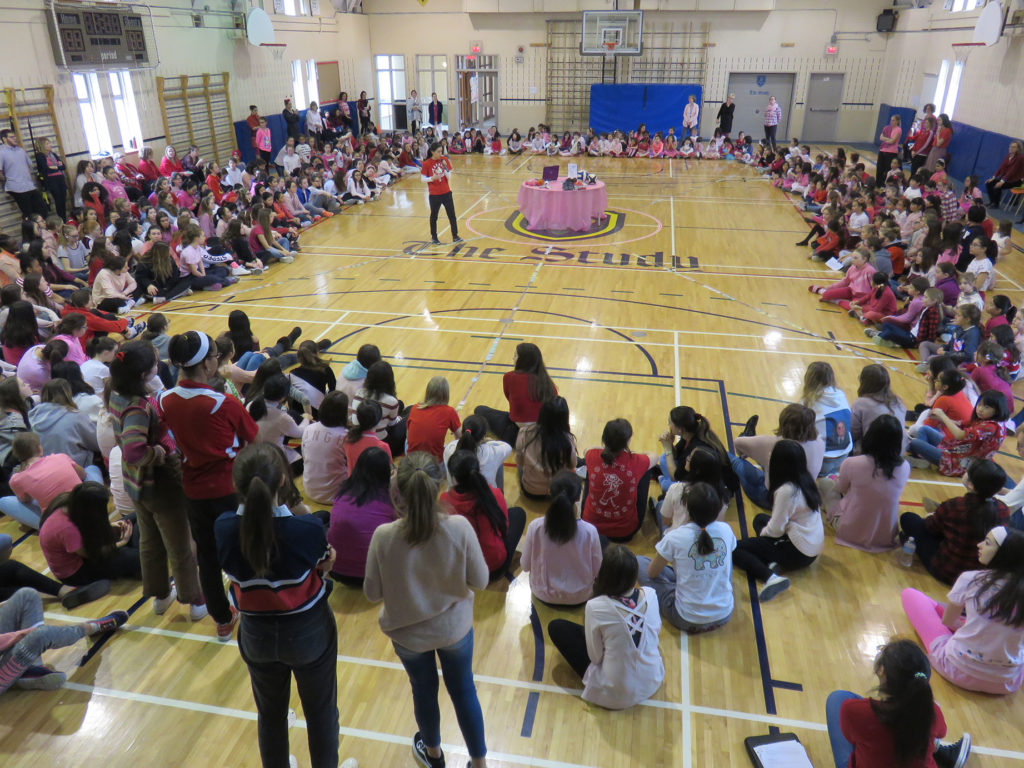 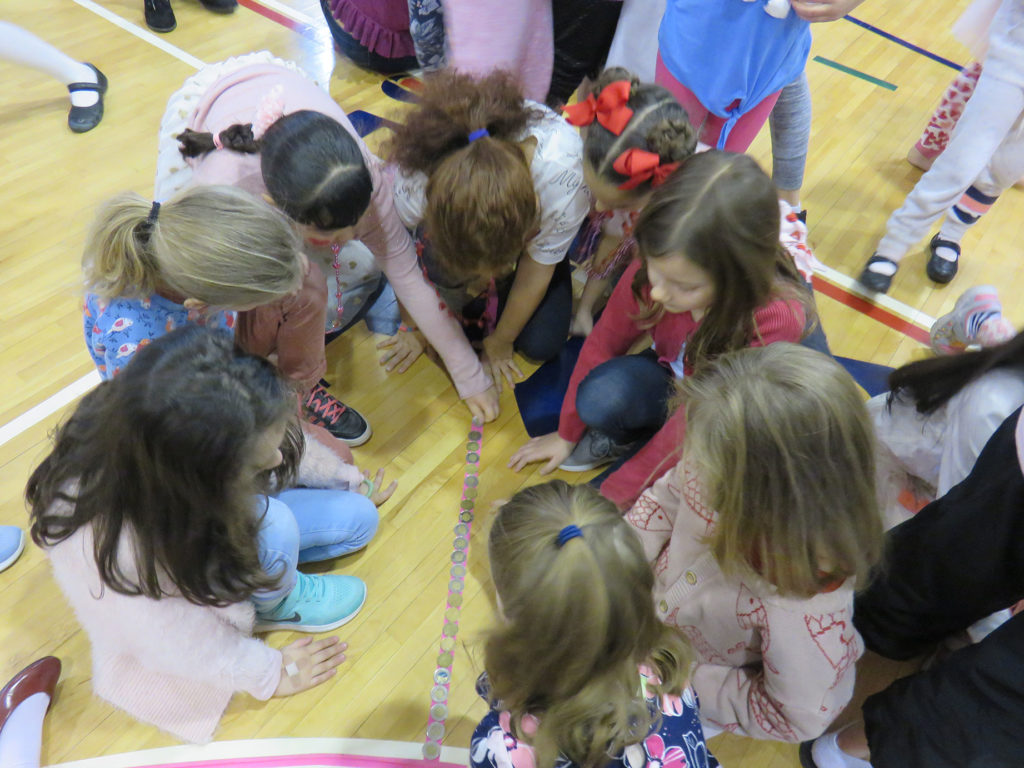 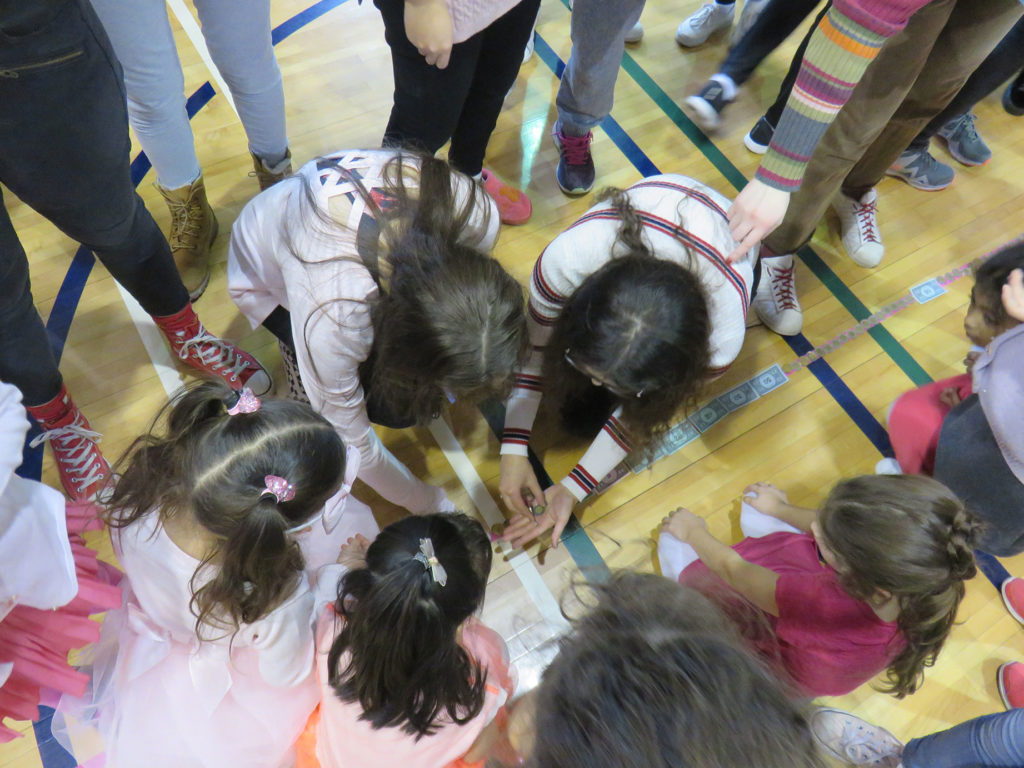 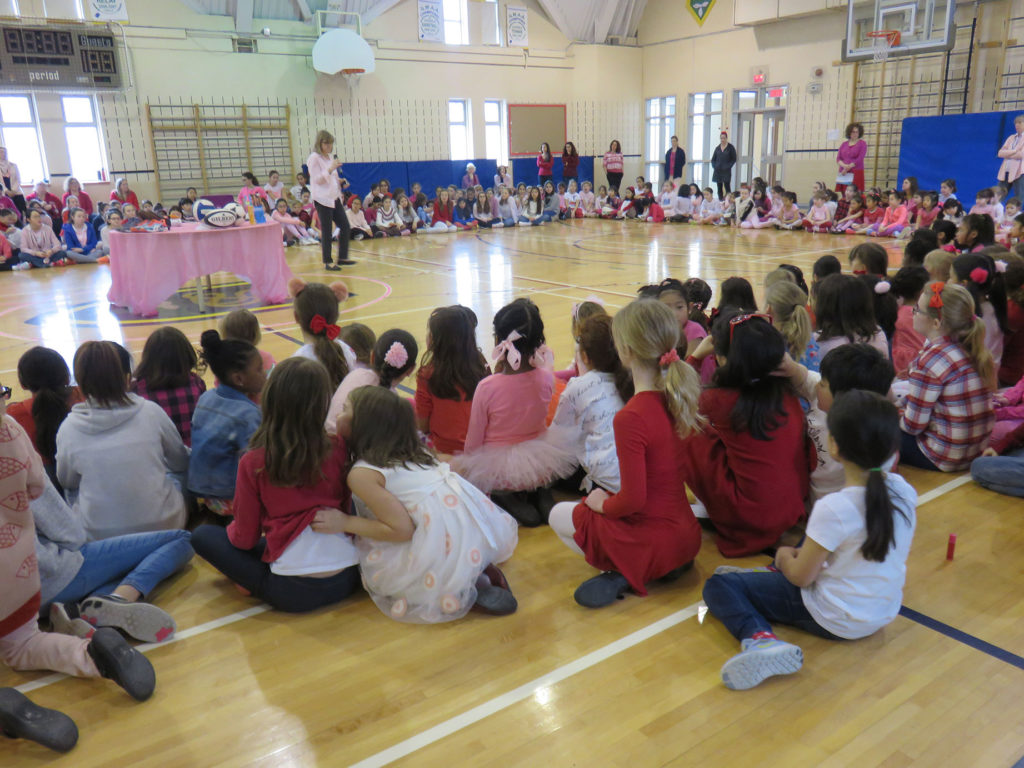