Sorry for the delay in getting the blog up and running but we were having an issue with transferring photos. Thankfully Abby saved the day by having an extra cable with her.

Our first day in Nicaragua was quite the adventure. We started off by walking through the local market, taking in the hustle and bustle of a busy Saturday morning. 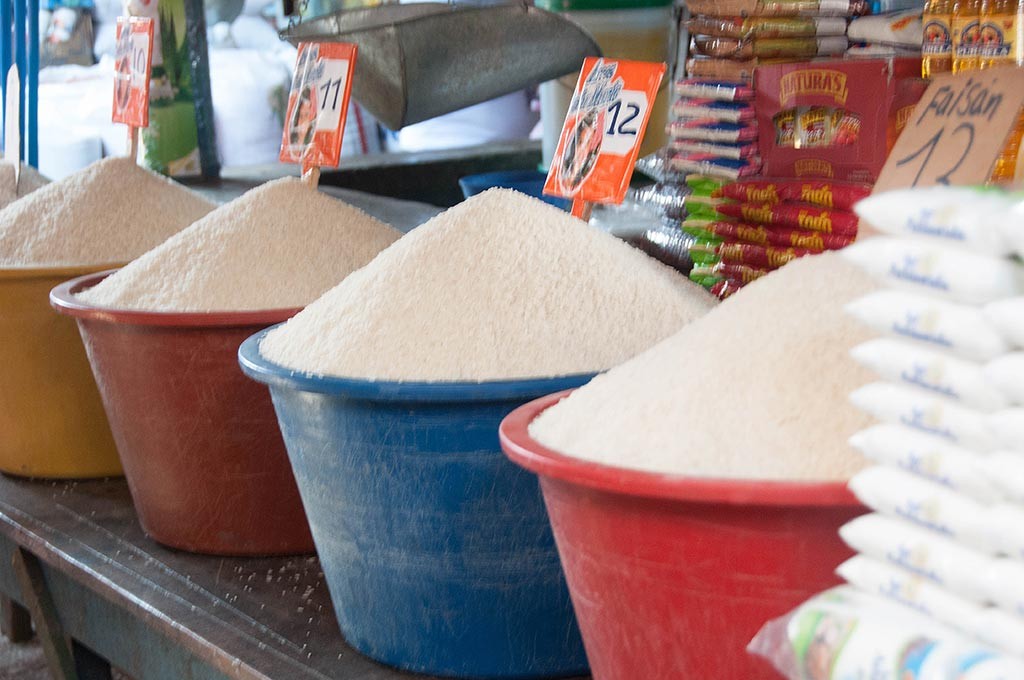 We then walked over to the cooperative hammock store. The store is an amazing place that hires blind and deaf people. The girls were shown how the hammocks were woven and had the opportunity to meet people working in the store. 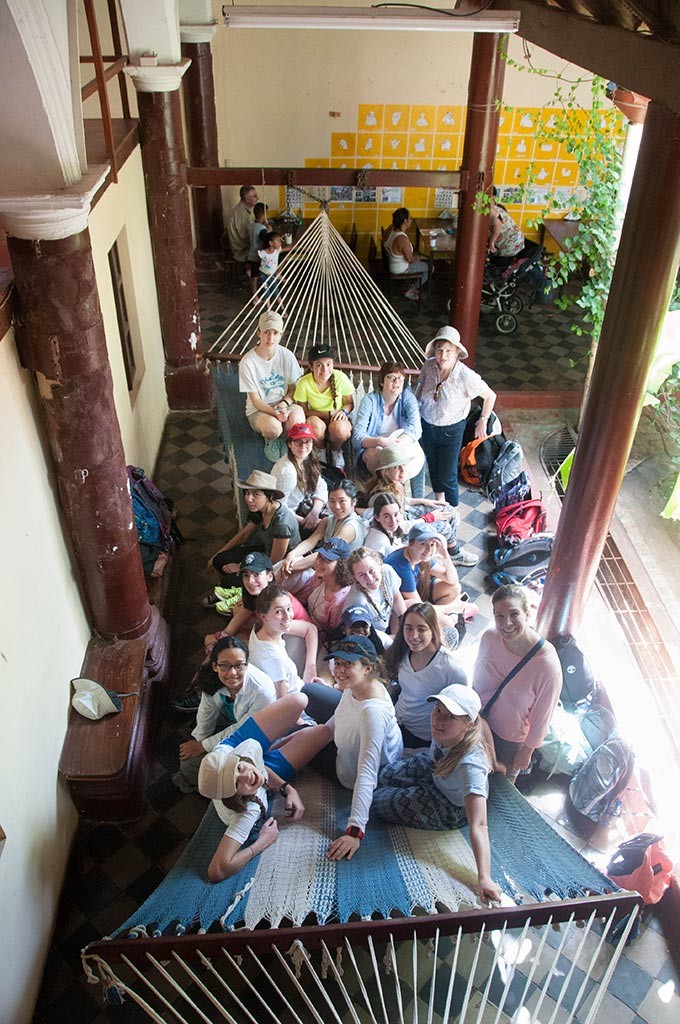 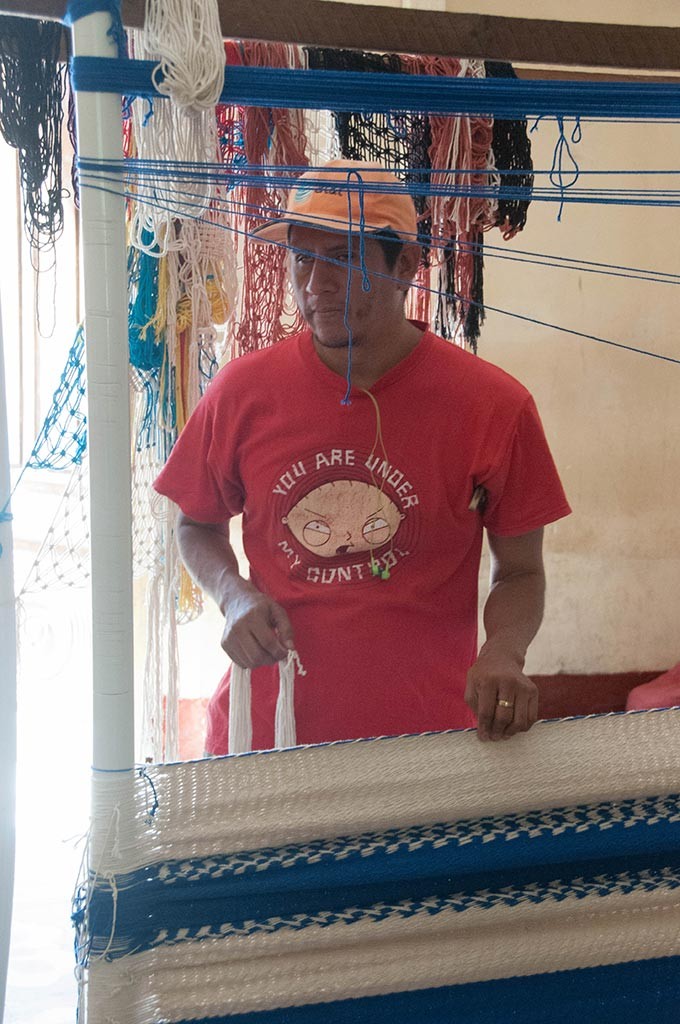 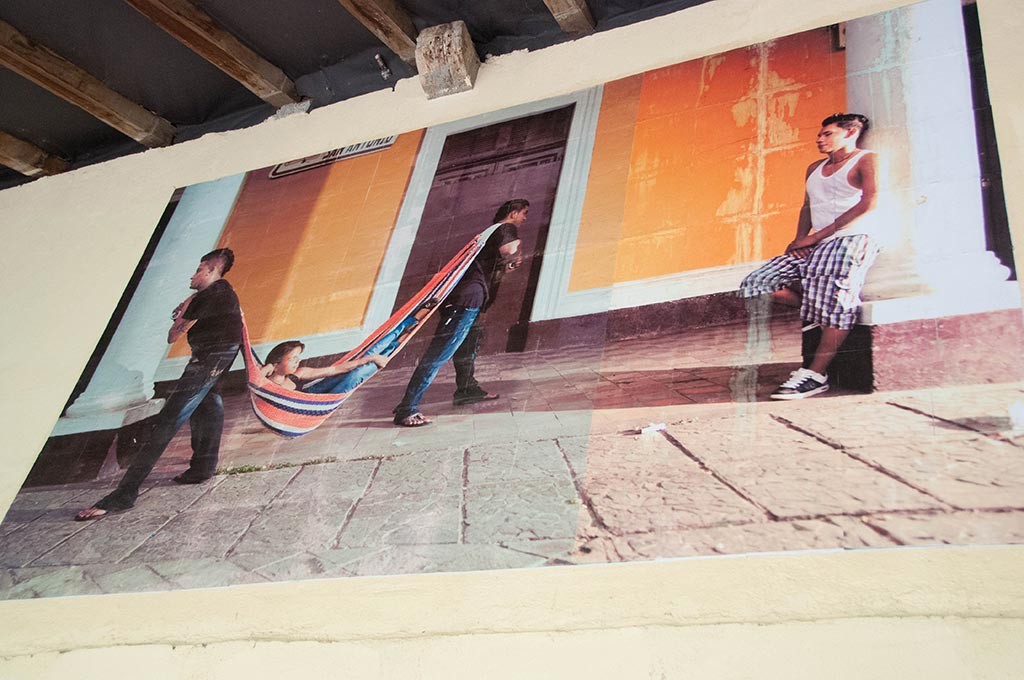 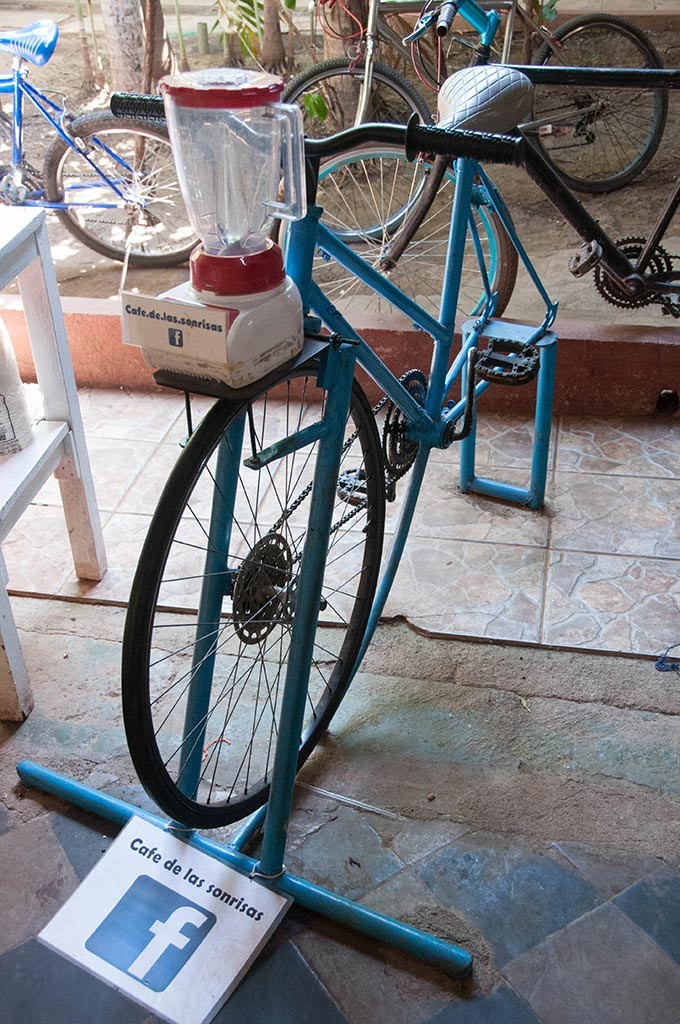 An ingenious way of making smoothies.

We then went to a local church to climb up the bell tower. The bell tower offered a wonderful view of the city of Granada. 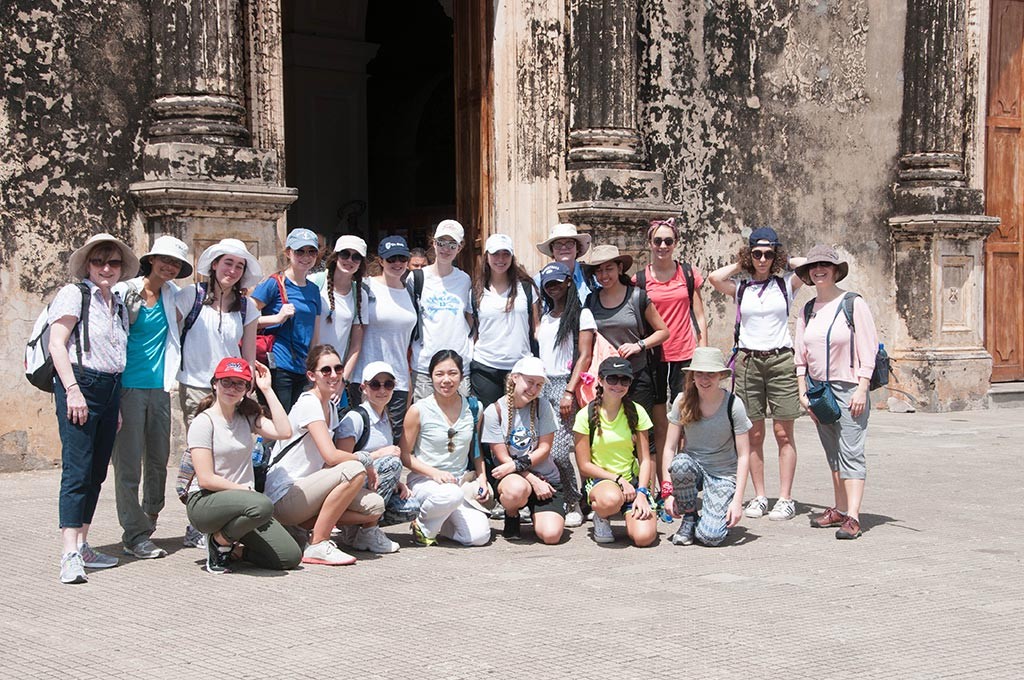 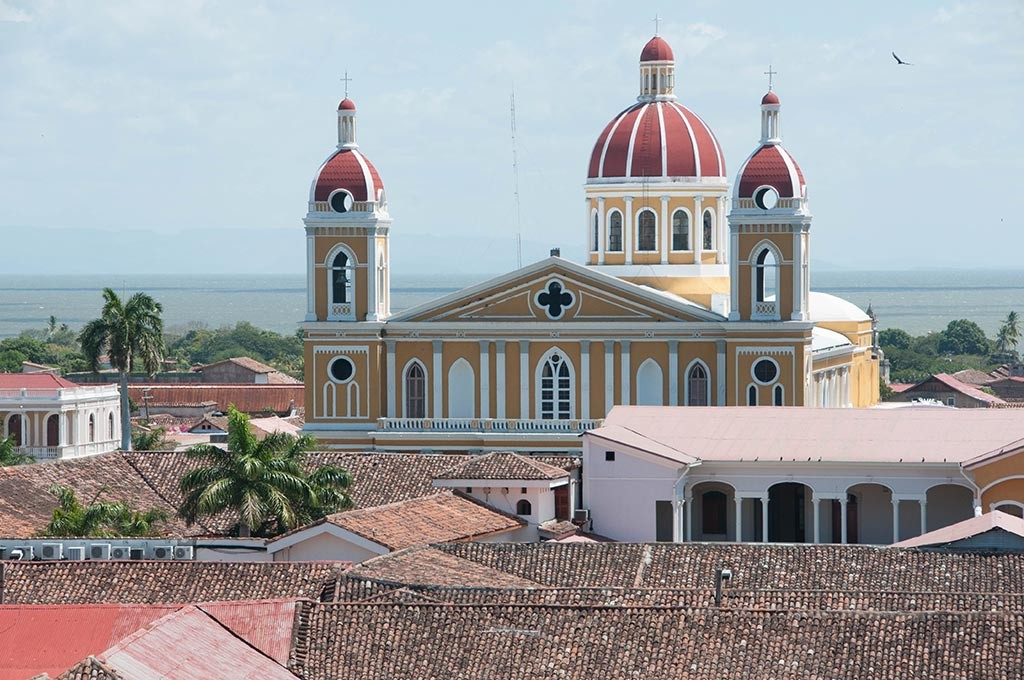 The next stop was at a cigar factory. Students were shown how cigars are made and a few are bringing back cigars, hand made, for their dads. 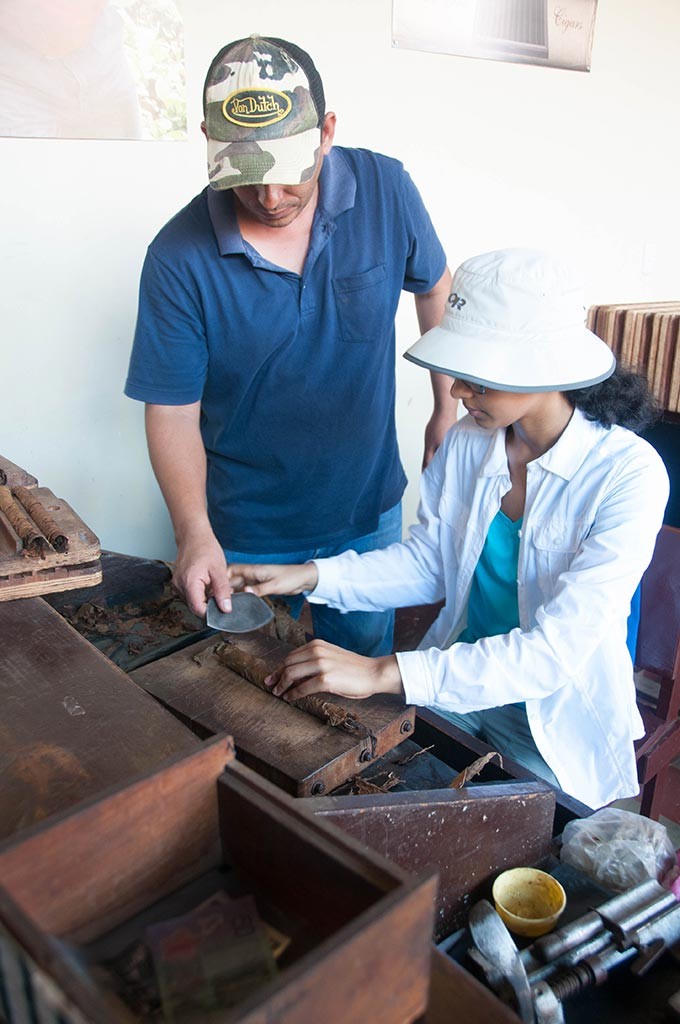 We took a break at a chocolate museum and the girls enjoyed a cold milk chocolate made of locally grown cocoa beans. Lunch was at a fish restaurant that is made to look like you are on the beach. 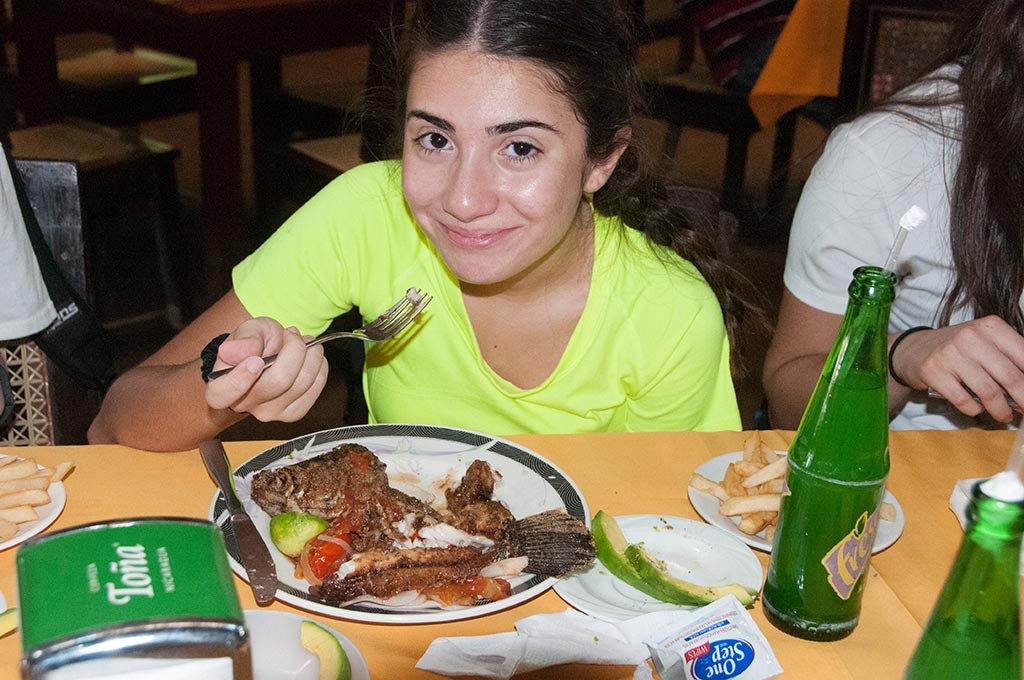 We visited an archaeological museum and were shown pieces from the indigenous population. 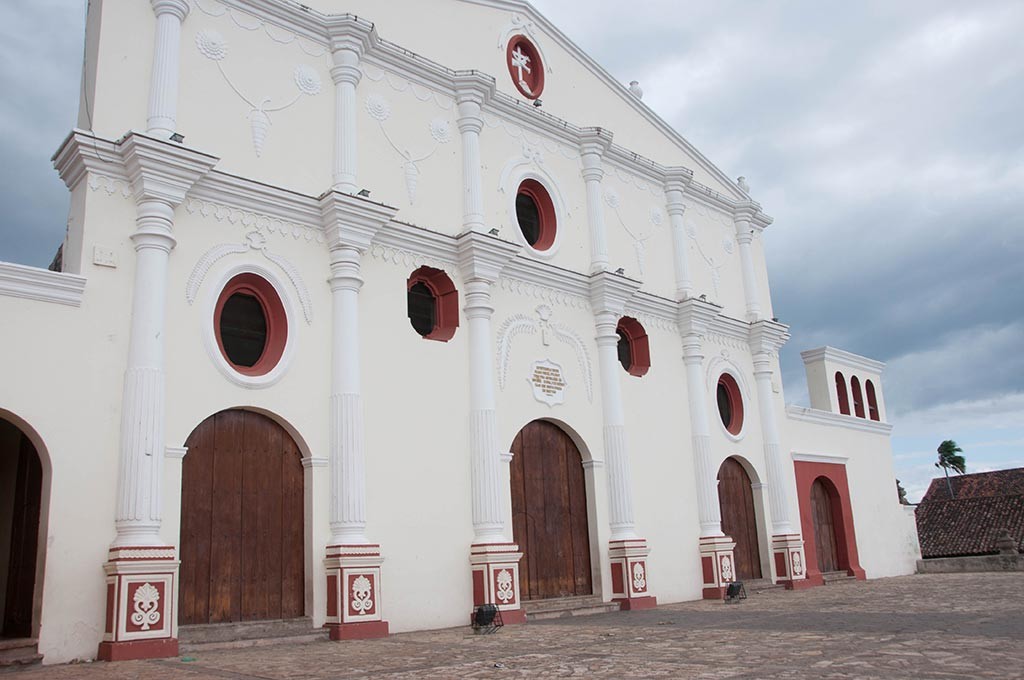 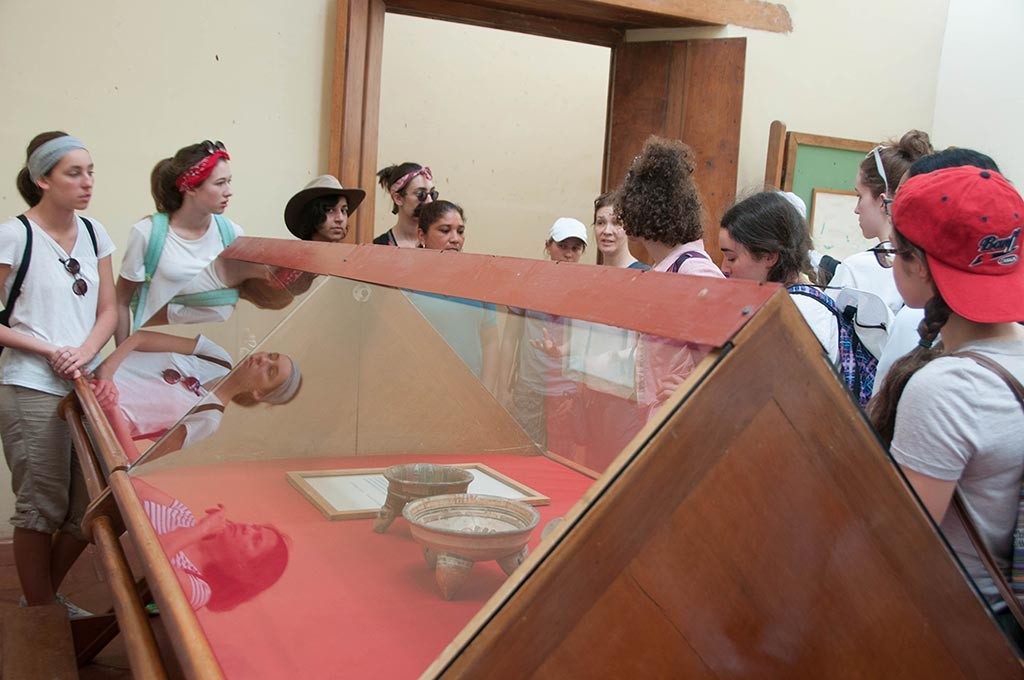 The afternoon capped off with an organization of the donation suitcases. 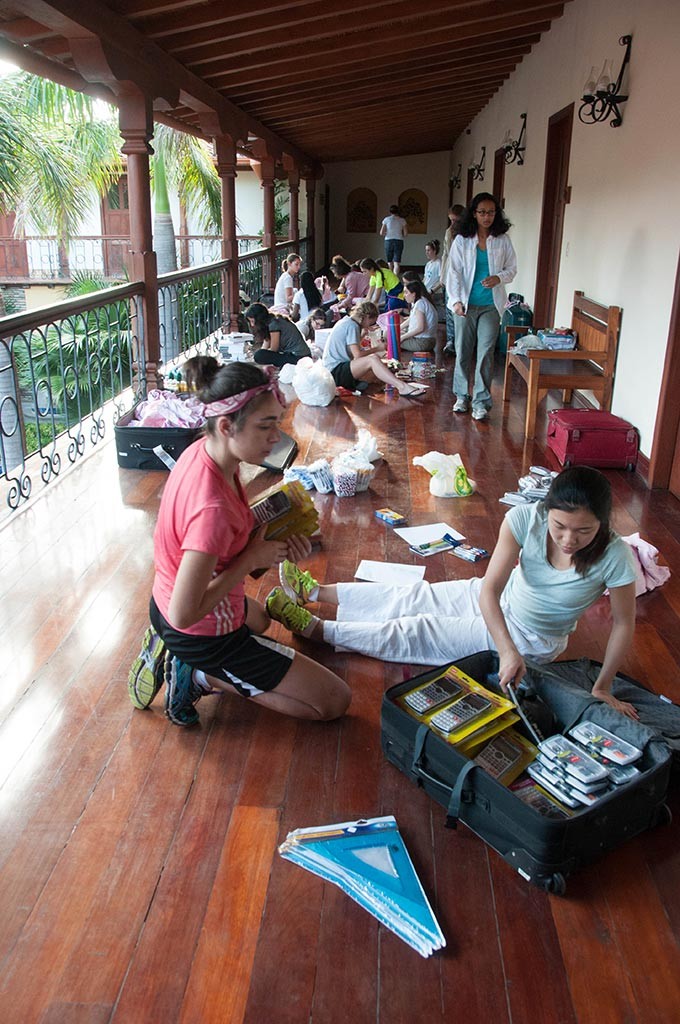 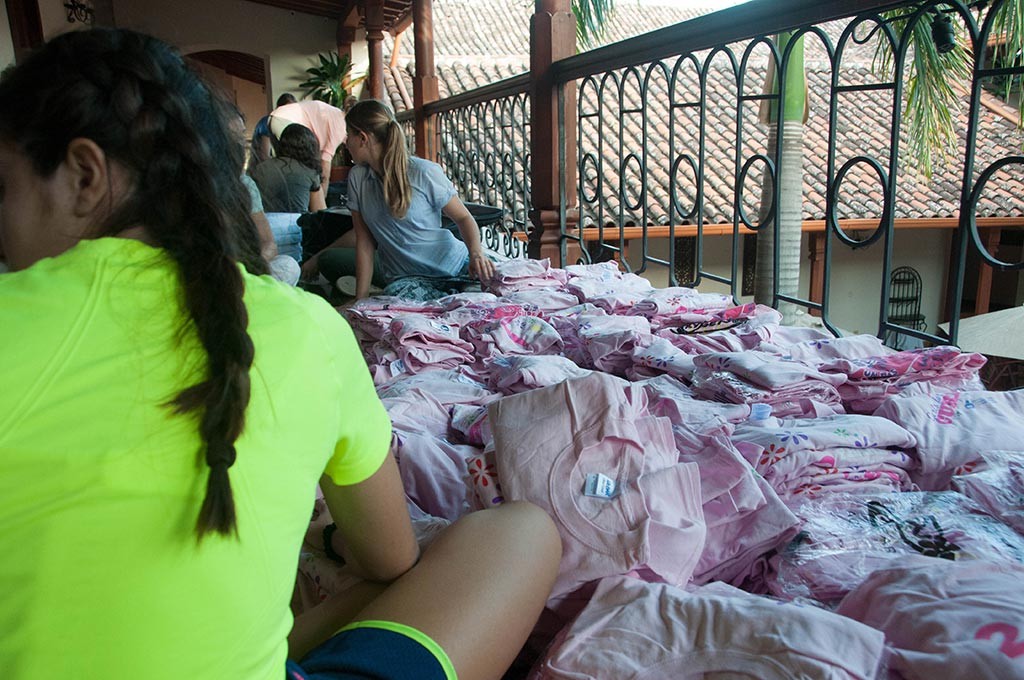 Our first full day in Nicaragua was a revelation for me. After applying a ton of sunscreen and bug spray, we met up with Dr. Perez to begin the adventure. We set off in the streets and entered the market frequented by the locals. All of a sudden there were people everywhere. Stalls lined the streets and people hawked their goods. Then, suddenly, the stalls merged together into a covered area. The stores were grouped into sections: we passed stores selling clothing, others selling spices and some selling meats. I was struck by how the meat was lying on bare counters in the open air. I passed an entire pig’s head on the edge of a stall’s table. There was no plastic wrap in sight, and nobody wore a hair net. The market was a maze of narrow dirt paths barely covered by a tin roof… nothing could have been more different from our air-conditioned malls. More and more sections of the market unfolded, and some of them weren’t even under a roof. There were stray dogs panting and following people around. Two little children were carrying tomatoes passed me and tried to sell me their goods.

This first part of our busy day really struck me – I’ve seen a window into the daily life of the Nicaraguan people. Their reality is so different than ours. Those children shouldn’t have needed to work selling tomatoes. Each of those stalls needed a roof. The dogs should have had homes. All of these little things reflect the state of poverty that most the country is living in. Yet there was beauty all around – little children tending to their siblings, generous smiles, and even one woman warning Ms. Liogas to keep an eye on her camera. The market was a place of contrast and beauty. I can’t wait for the rest of the trip!

This site uses Akismet to reduce spam. Learn how your comment data is processed.