The girls playing volleyball with their buddies. 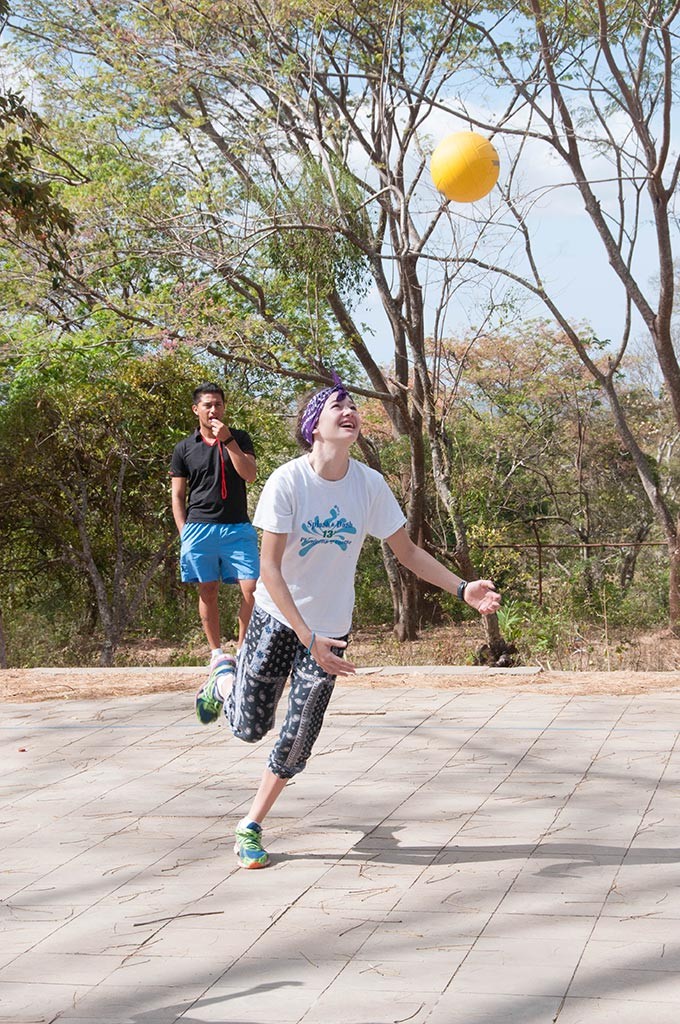 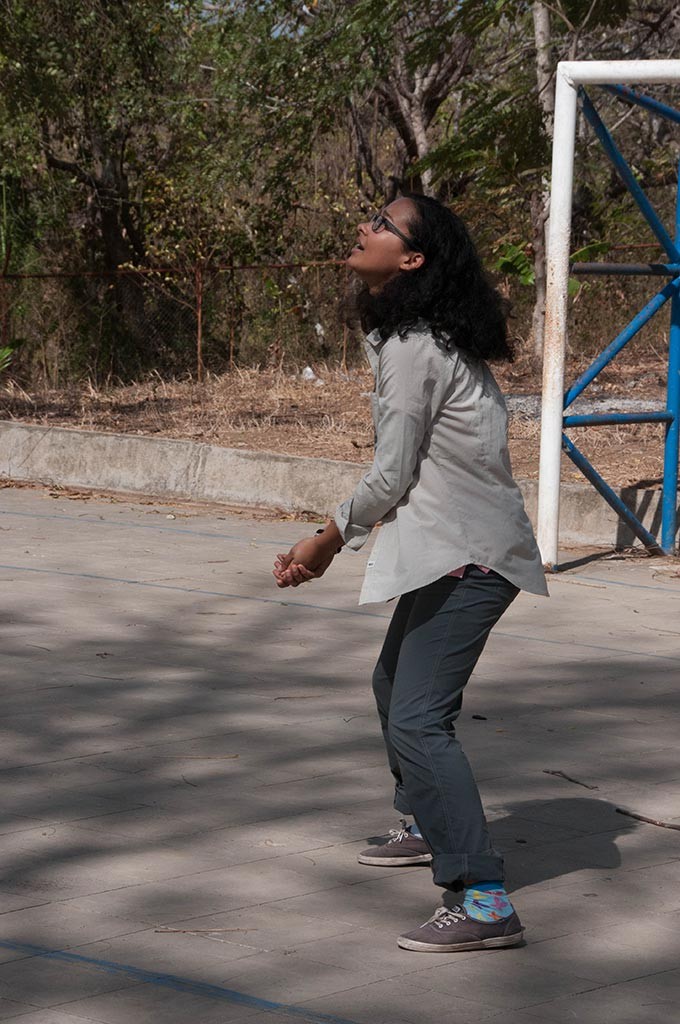 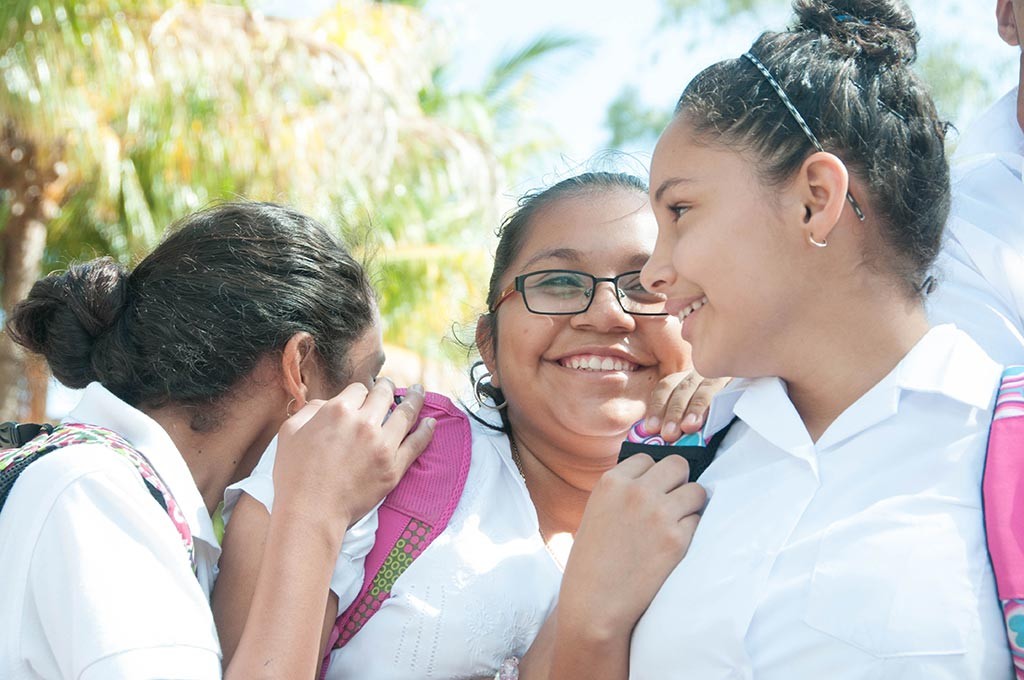 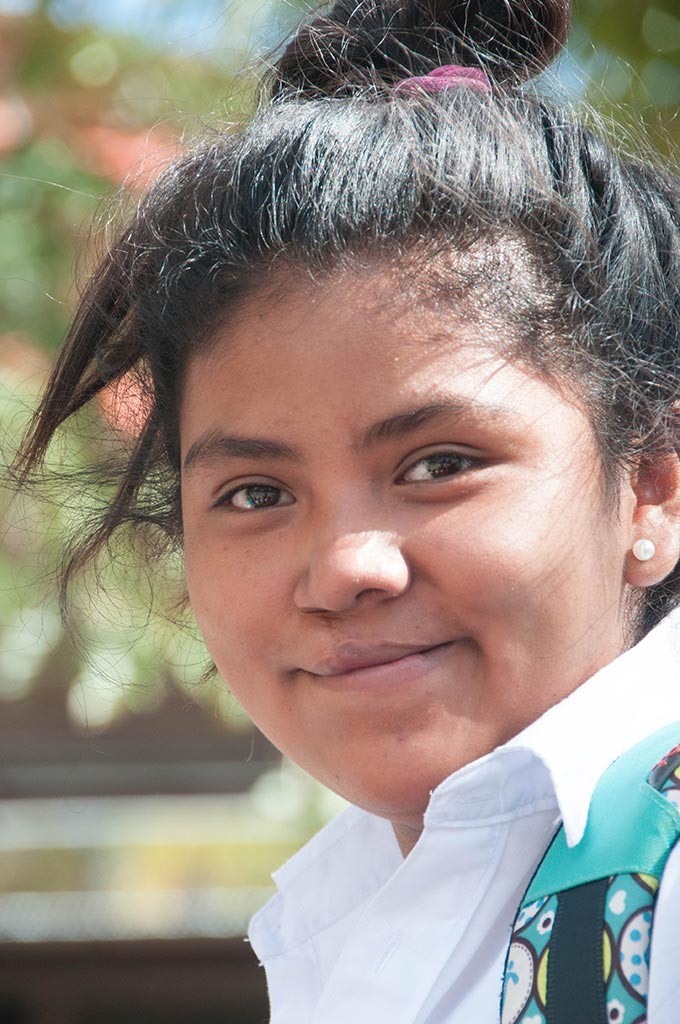 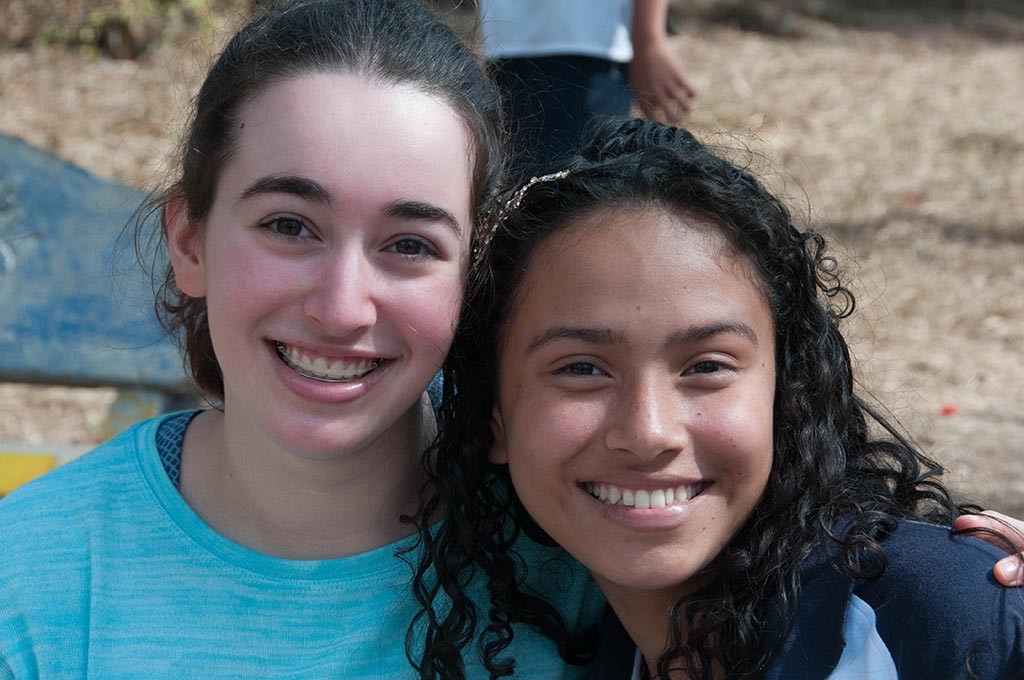 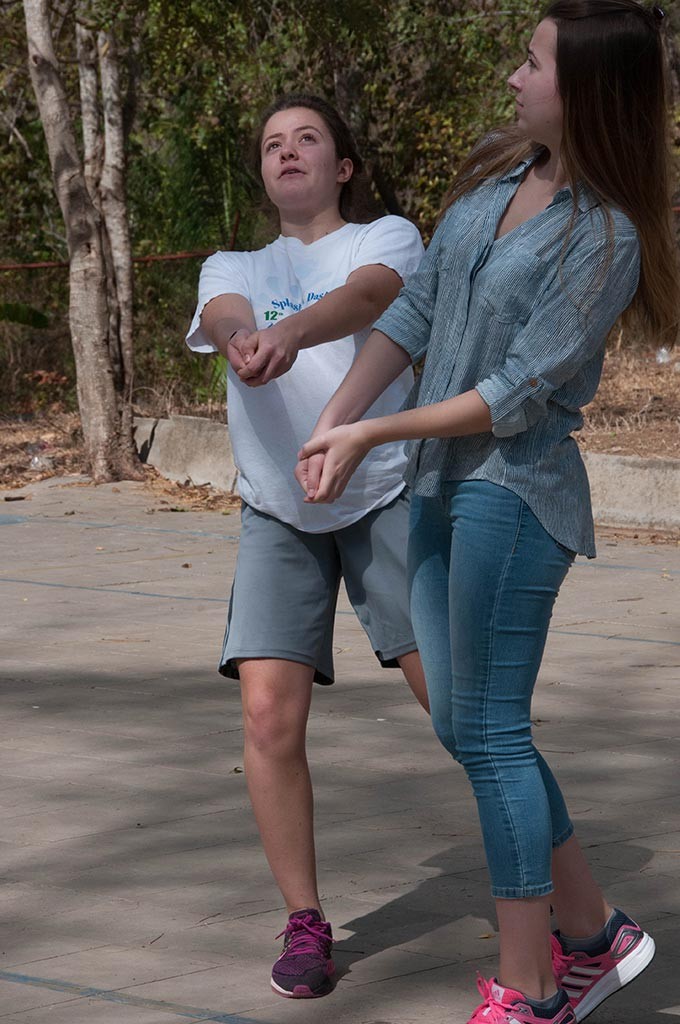 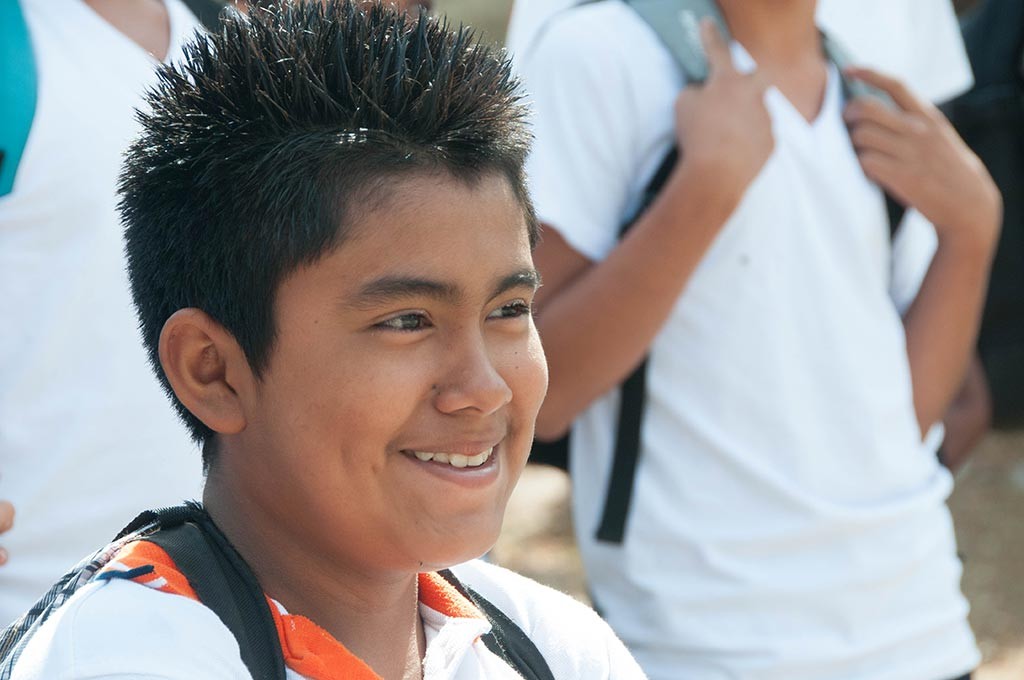 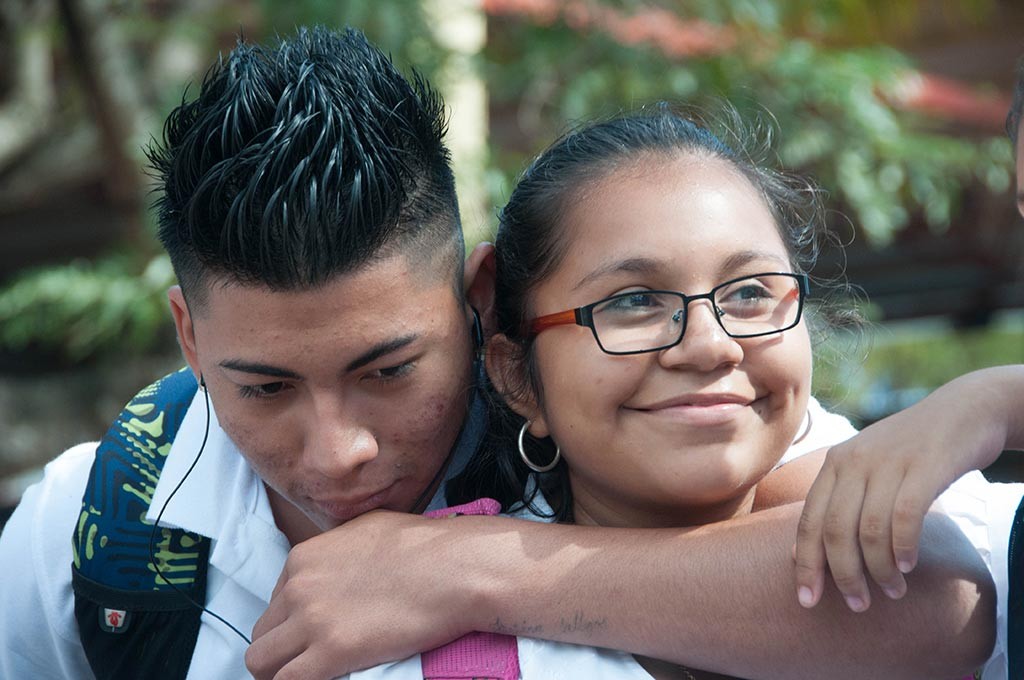 Ms. Howard with teachers from neighboring schools who came by to audit her class today. 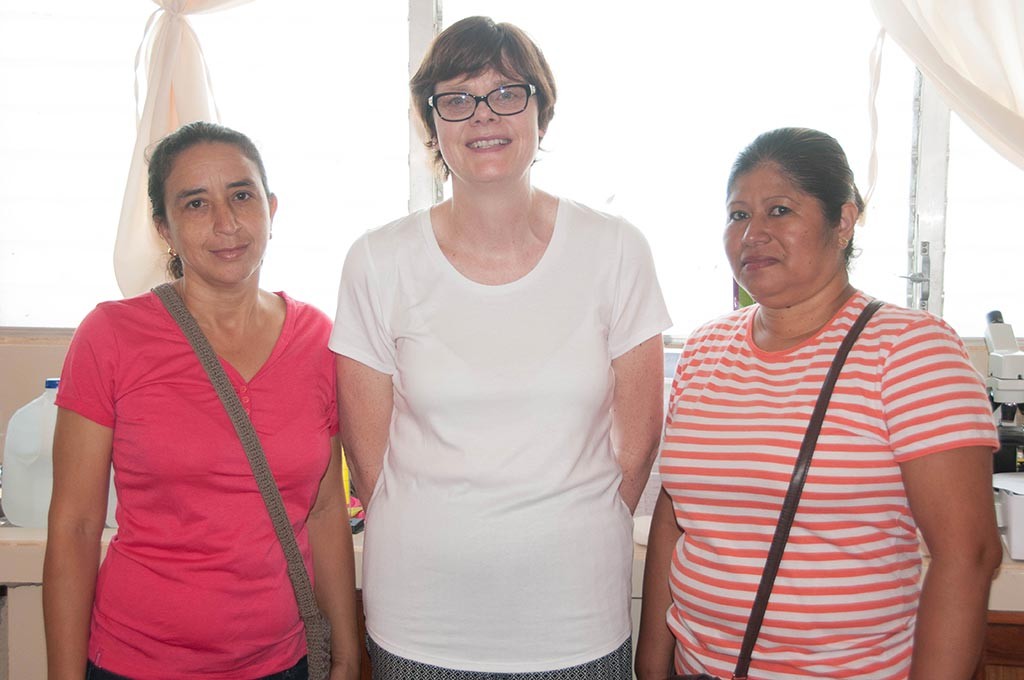 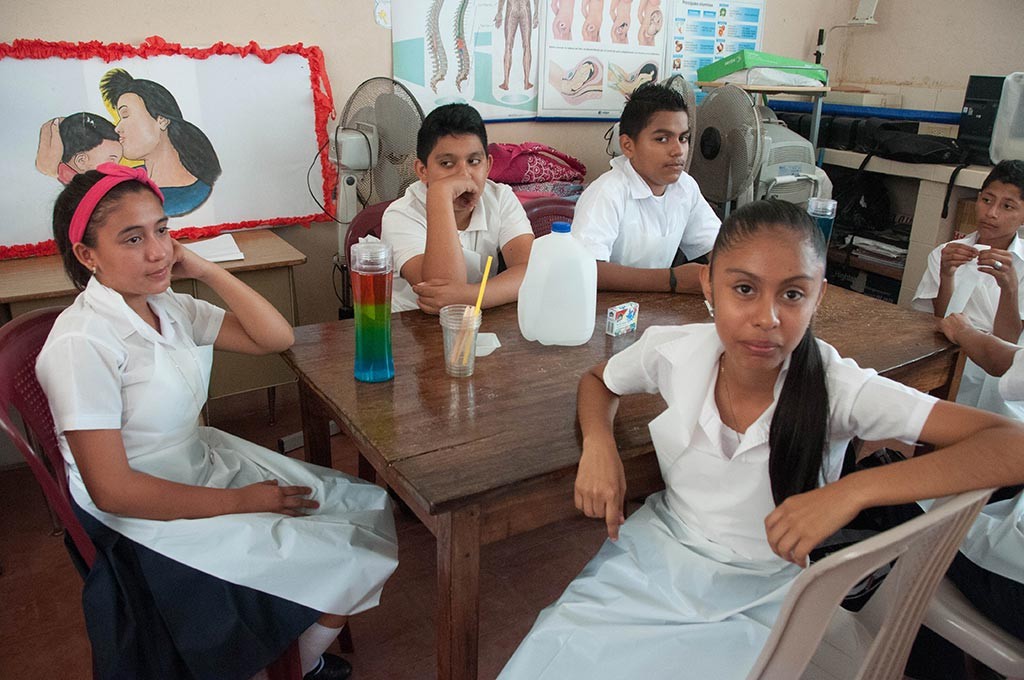 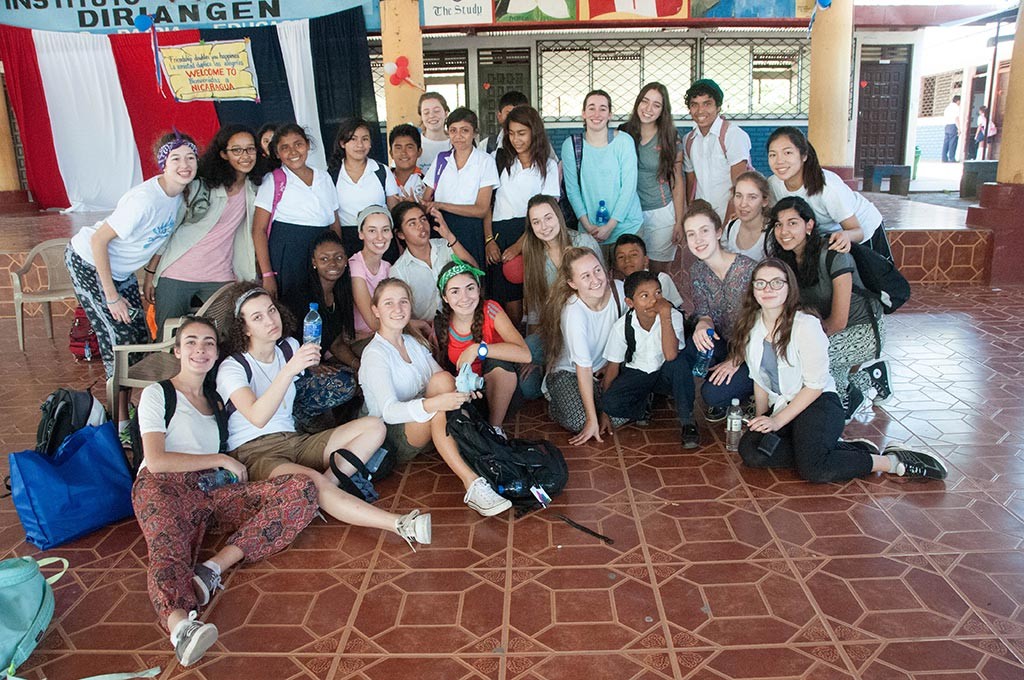 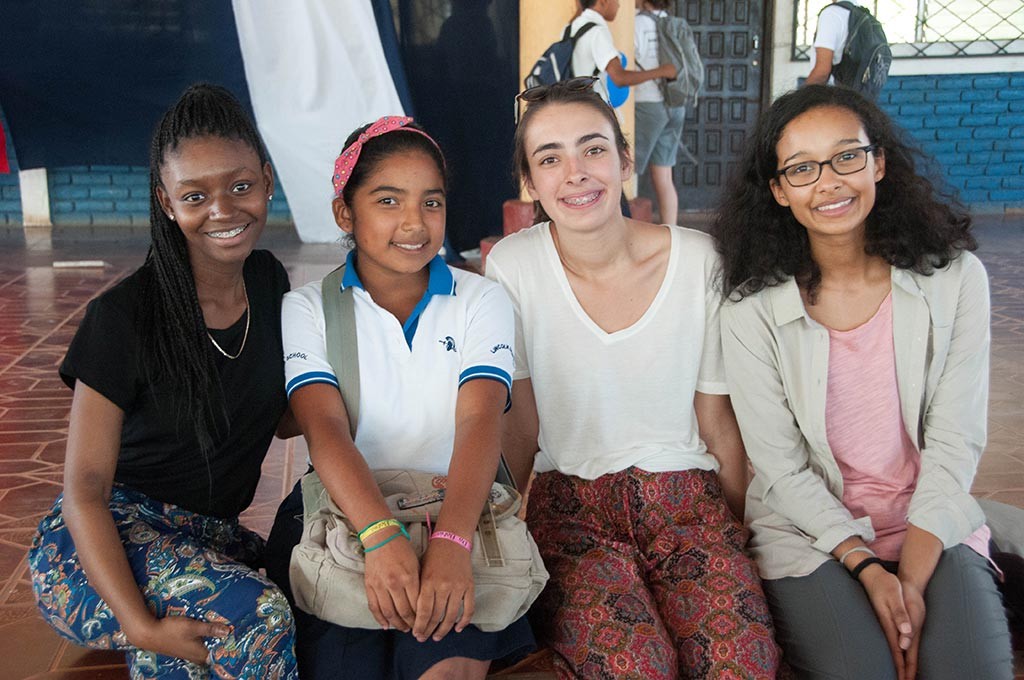 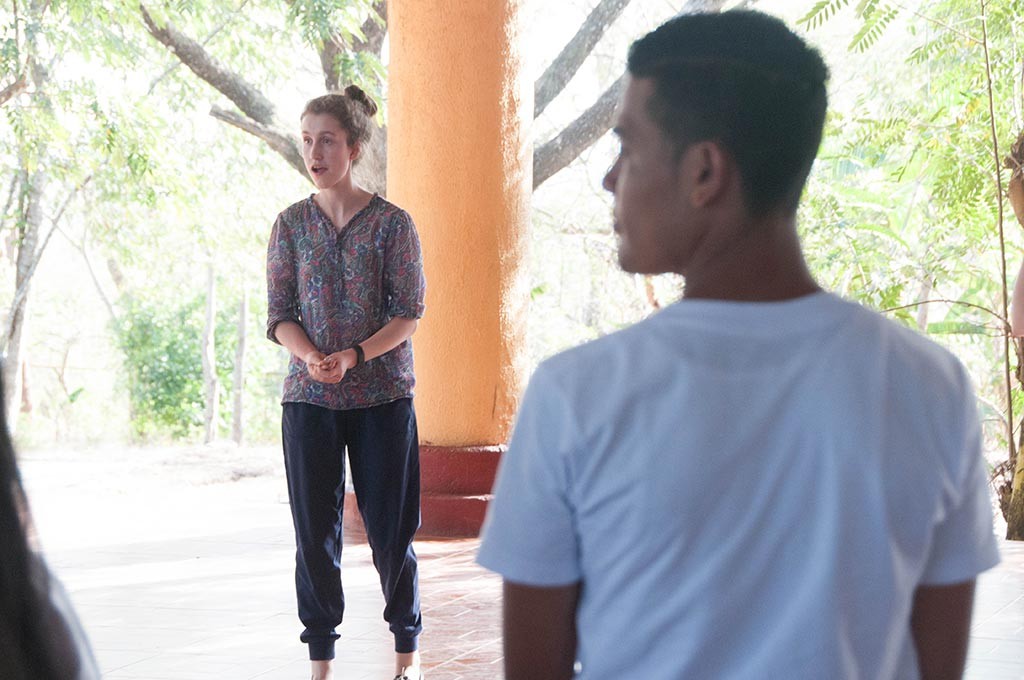 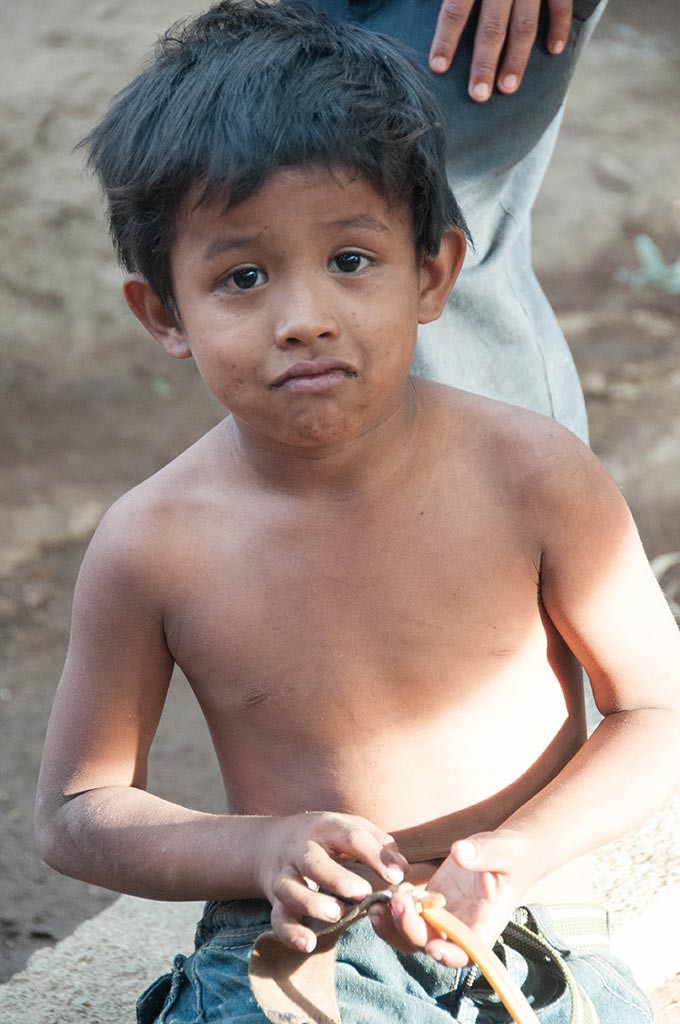 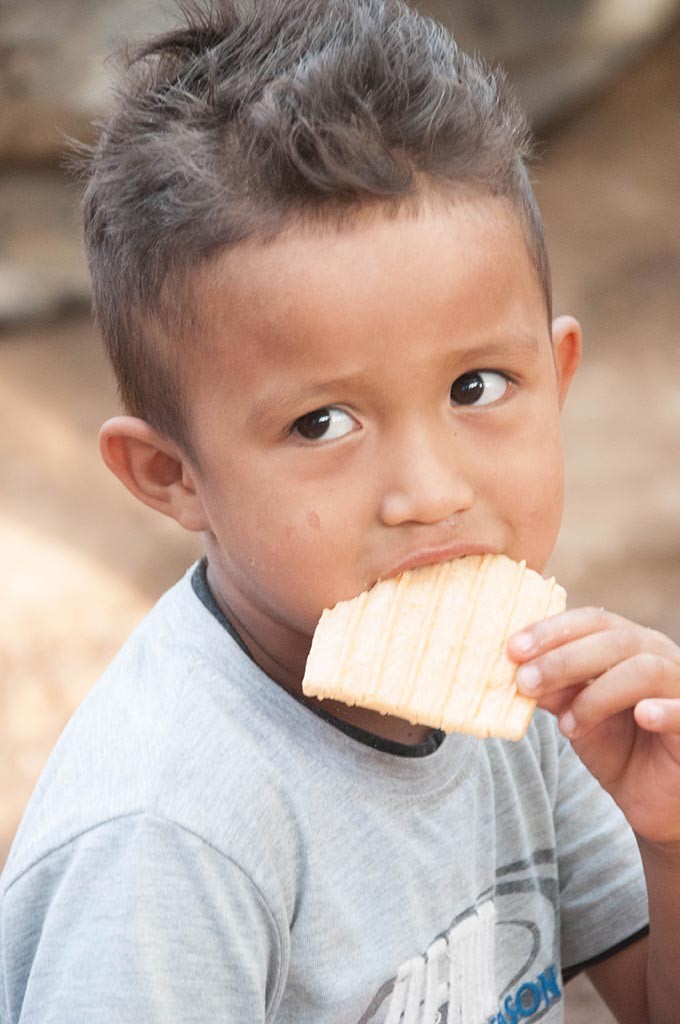 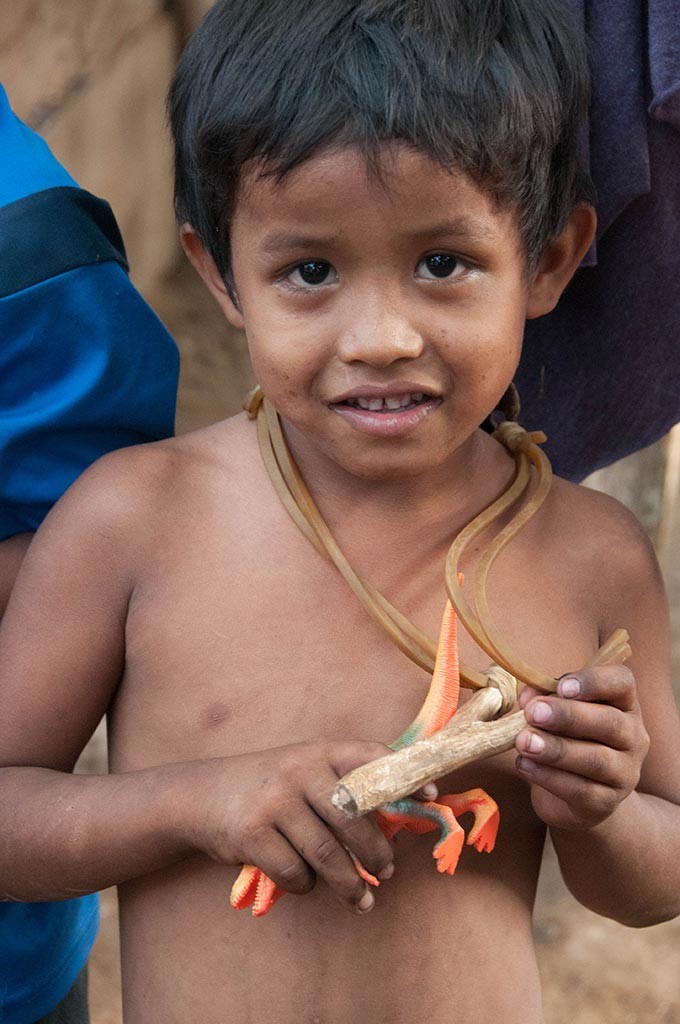 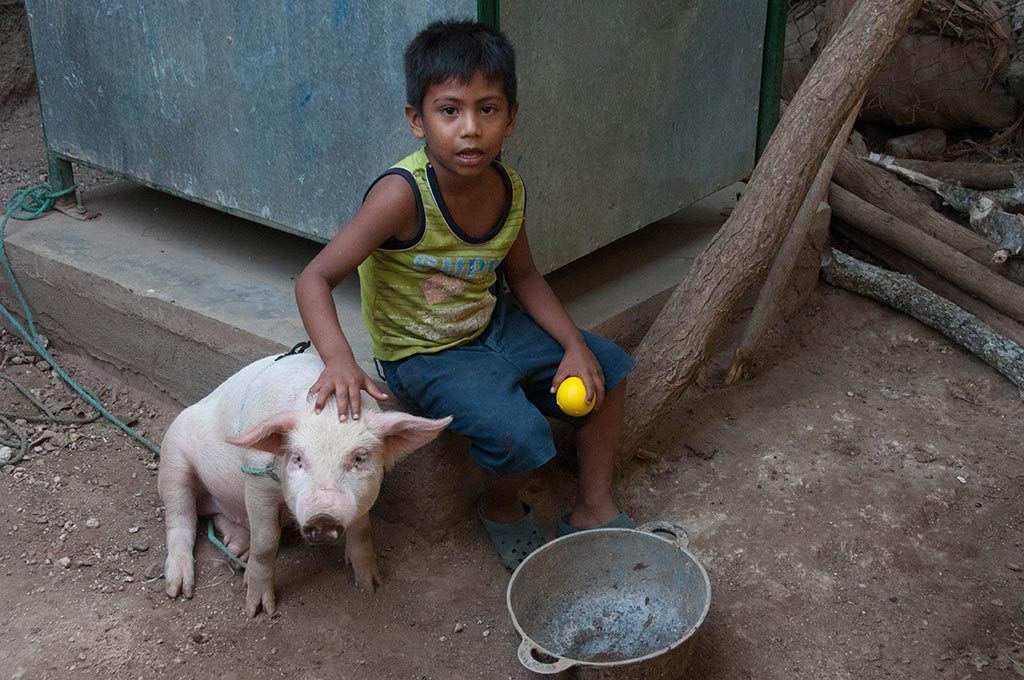 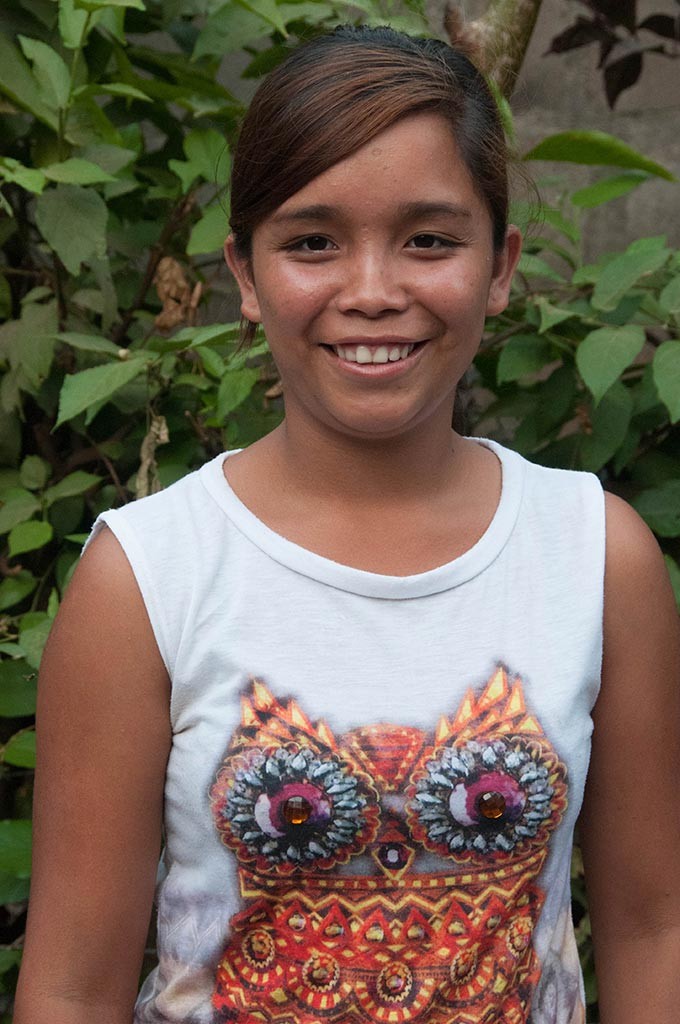 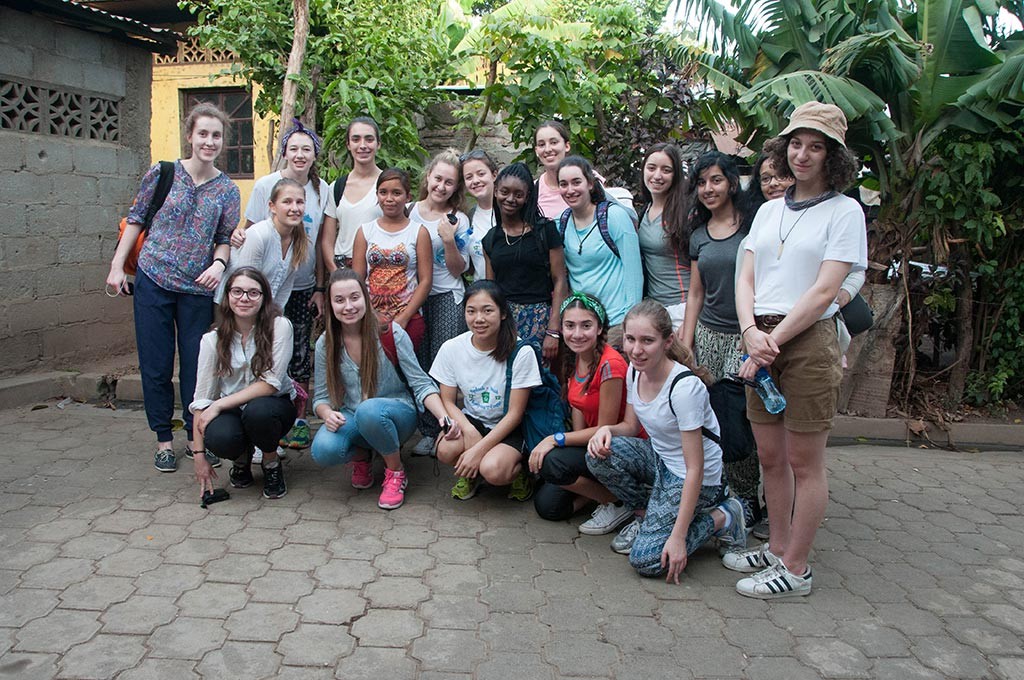 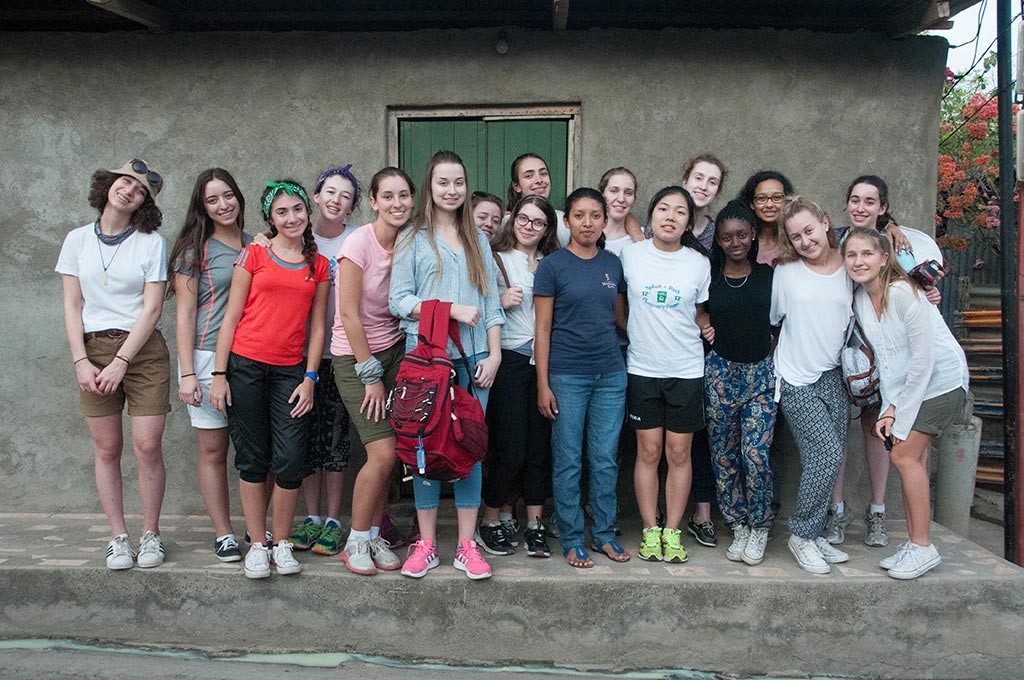 After yesterday’s experience, my group was not very confident about how well we would be able to control our classes and make sure that everyone was having a good time. With a completely new lesson plan and 3 classes lined up for the day, we arrived to the school and were greeted by our class of grade 7 students. Saying that we were nervous would be a complete understatement. Last night we brainstormed to try to find a way to make our lessons more interactive and slightly less boring; and it definitely worked. We left every single one of our classes this morning with smiles on our faces and our confidence tripled. We found out that the key to being able to teach while having fun was to realize that the people in the class were kids just like us, and cannot wait to teach the rest of our classes.

Visiting the scholarship winners homes yesterday was not only a humbling experience, but also an overwhelming one. We’ve had a chance to speak to scholarship winners, which was an experience in itself, but realizing the conditions in which very intelligent people need to study and succeed is impressive. The homes were small, often with only one room and not enough beds, but so full of love and acceptance. Jocelyn, one of our winners, said to us many times that she hopes we like her home and that her home was ours. Her words made many of us very emotional but glad to be doing what we’re doing. Edith and her mother repeated to us many times how grateful they were for the way we’re changing their lives. It’s visiting the homes and seeing the impact we’re having on people that has put our efforts into perspective.

Walking into Dr. Perez’s home yesterday was nice, but seeing her backyard was a whole different, beautiful story. Walking through that last doorframe and entering the back of the house was incredible. Everything was green you could barely see the sky. It was almost like we were in this dome and if you looked up you could see the sun shining above you; it was a magical garden. The amount of joy surrounding each person was indescribable and we were all excited to be sitting around one table surrounded by nature’s beauty. It was literally an extract from a paradise movie. The food was delicious and everyone working at Dr. Perez’s home, including Dr. Perez, were so warm and welcoming, not to mention the two hammocks that were tied together by bamboo trees, which everyone was dying to try. The excitement to get on the hammocks increased and the food on the plates quickly diminished. I’m trying to put this in words, but the truth is that no amount of words will ever be able to explain what my eyes took in, how my stomach felt and how everyone was living in the moment.

Tuesday afternoon was my first teaching day at the Diria Institute. I had two Grade 11 groups – one a group of 29 and the other a group of 33 of non-English speaking students. I have to admit I was a bit nervous waiting for the students to enter the science room. Thankfully, I had Mme. Bousser with me to translate. I had brought the materials with me so that we could examine series and parallel circuits but before we started the actual building of circuits, we “played” around with an energy stick. It was very interesting to watch the students come to the realization that the human body is a conductor of electricity. After providing a brief explanation of circuits to the students, we moved on to building a series circuit with two light bulbs in it. The students seemed hesitant at first to try to build the circuit but they soon caught on and the complexity of the circuits I asked them to build increased and included series and parallel circuits with light bulbs, switches and buzzers. To say the classroom got quite noisy is probably an understatement! But the learning was evident. All too soon the first class was over and the second group came in to explore electrical circuits. The students didn’t want to leave at the end of the day and we actually had to tell them it was time to leave.

What stood out for me during my first day of teaching in Nicaragua? Realizing that a student is a student no matter where they live. We might have different life experiences but the desire to learn is in all of us. That watching students figure out a problem by trial and error is amazing. That seeing the smiles that lit up their faces when the circuits worked was so rewarding. That it is possible to reach students despite a language barrier. It was an incredible afternoon.

This morning two teachers from nearby schools joined my first teaching class. Prior to class I was talking to them and one of them mentioned that their son had come home yesterday and told them all about the great science class they had where they built circuits. I felt the classes had gone well but it was really nice to hear that a student had enjoyed it so much that they talked about it at home.

Tuesday afternoon, our group went to visit one of this year’s scholarship winners, Candelaria. She was so welcoming as she invited us to her home; a plot of land belonging to her grandparents that had been split up among her family members. Canderlaria’s own home was not much more than four sticks, a tin roof and some cardboard walls, and yet the joy on her and her mother’s faces was so heartwarming as they expressed their gratefulness for the support they had received. The atmosphere at Canderlaria’s was all the more inviting and warm. Small children, mostly her cousins, ran about the dusty yard, kicking soccer balls and posing for our cameras. Chickens, roosters, and other birds roamed the yard freely, and we also spotted a few dogs, cats, and pigs. There was a small clay pot bubbling over a fire, and clothing hanging on the clothes line. Her family members, all full of the same joie de vivre, were all living in harmony, but even that could not distract us from the miserable poverty they all lived in.

We were lucky enough to ask Canderlaria some questions. She talked to us about her ambitions and university plans, where she is studying business and finances, hoping to later pursue accounting. We were shocked to learn that, in order to be at university on time, she had to wake up at four in the morning to catch her five am bus, not to mention all the studying and out of school responsibilities that she had to take on. Candelaria has four siblings, and she and her five family members share two beds in a small room adjacent to their main kitchen. She has a simple wooden bench set aside just for her, which she uses to study under the light of one bare light bulb.

While Canderlaria and her family thank us for the opportunities that Canderlaria has received, it was definitely her extremely hard work and unwavering dedication that allowed her to achieve her goal. Candelaria’s story is an incredible one, as are the other scholarship winners, because they teach us that nothing is impossible. As cliché as this sounds, Candelaria and the other scholarship winners are the living proof that it is absolutely true.

One thought to “Tuesday, March 1”

This site uses Akismet to reduce spam. Learn how your comment data is processed.